I’m joining Top Ten Tuesday this week to share my 10 Best Book to Movie Adaptations. Every reader knows those mixed feelings of excitement and dread when a book to movie adaptation is announced. Don’t worry – you’ll be pleased with the all of the movies on my list. While they may not be exact replicas of the book (since that’s virtually impossible), they all stay true to the story.

Pride and Prejudice – The BBC TV series will forever hold the top spot in my heart, but the more recent movie starring Keira Knightley is also wonderful. She’s a perfect fit for Lizzie.

Jane Eyre – Michael Fassbender is now forever Mr Rochester in my eyes. This is a slow burning, intense story that is beautifully depicted on screen.

Lord of the Rings – These epic trilogy is simply phenomenal and captures almost all of the events and characters from the books.

Harry Potter – An obvious choice, but one I can’t leave off this list! Although the first few movies are…not great, they get obviously better as the series progresses. I watch these at every opportunity and never get tired of them!

Gone With the Wind – The movie is almost as long as the book, but it’s worth watching Vivian Leigh’s stellar performance. The dramatic sets, costumes, and supporting characters make this an absolute classic.

The Princess Bride – William Goldman’s fantasy, adventure, love story is beloved by many and the movie understandably developed it’s own cult following. If you’re a fan, I’d highly recommend reading As You Wish: Tales from the Making of the Princess Bride by Cary Elwes. It’s chock full of behind the scenes stories and hilarious anecdotes from Cary and other cast members.

The Shawshank Redemption – This makes many people’s favorite movies list and is quoted everywhere, but did you know it’s based on a short story by Stephen King?

To All the Boys I’ve Loved Before – Netflix took on the first book in this young adult trilogy and I couldn’t have been happier with the outcome. It captured all the drama and teenage girl emotions of the book perfectly.

Me Before You – JoJo Moyes novel is both heartbreaking and uplifting, which is a tall task for the two main actors. However, I love the acting and chemistry between Emilia Clarke and Sam Claflin. Harry Potter fans will also spot Neville in a supporting role!

The Martian – Matt Damon is Mark Watney. As I read the book, I already pictured him in the role and he nailed it onscreen. Both the sarcastic humor and tense action of the sci fi novel are captured equally well in the movie.

What are your favorite book to movie adaptations? 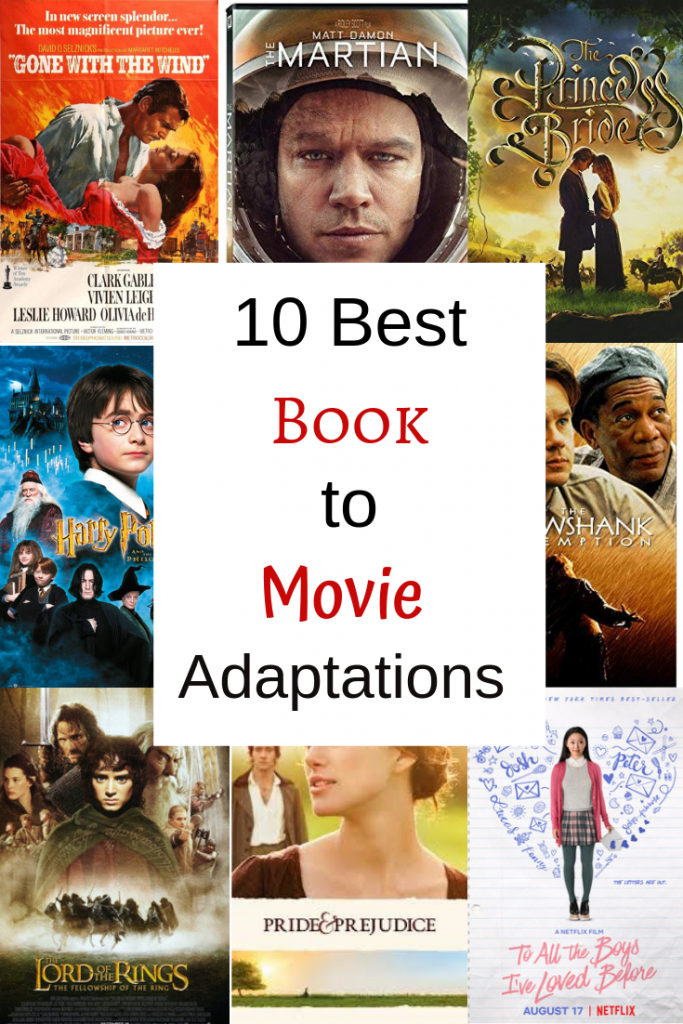 *Disclosure – I earn a small commission for any products purchased through the links above at no extra cost to you. Thank you for supporting my book blog!