I can’t tell you guys enough how much I love library book sales! There always seems to be a great selection and a wide variety of genres. Plus, the books are rarely more than $2. We heard of one at a local library a few weeks ago and immediately put it on the calendar 🙂 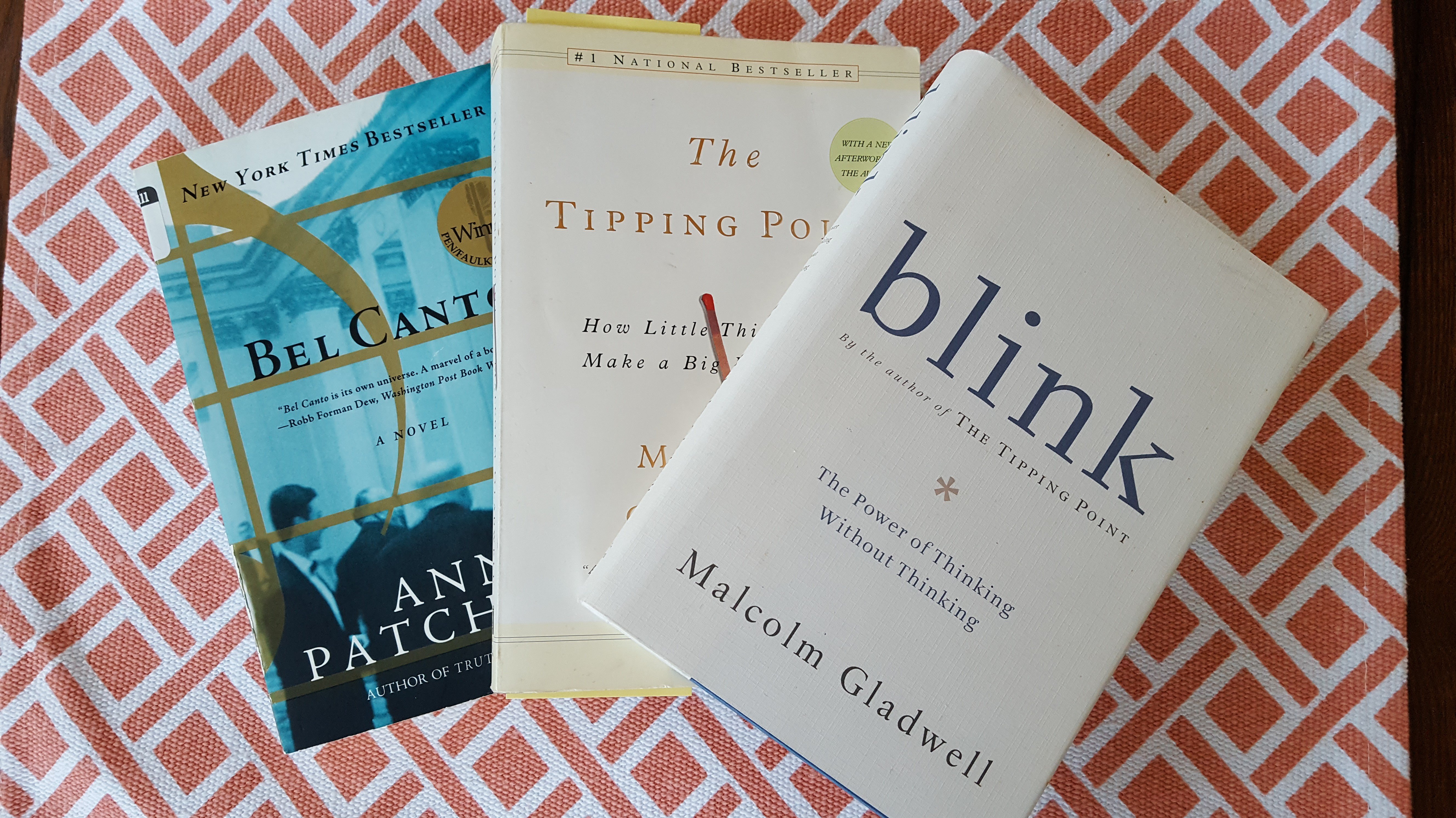 Blink by Malcolm Gladwell – A discussion of how and why we are able to make split second decisions. I enjoyed Gladwell’s Outliers, so I’m hoping his others are just as fascinating.

The Tipping Point by Malcolm Gladwell – This one’s about the spread of ideas, disease, social behaviors, etc. What causes seemingly minor things to become hugely influential.

Bel Canto by Ann Patchett – A Modern Mrs Darcy recommendation about a group of people taken hostage during a musical performance. 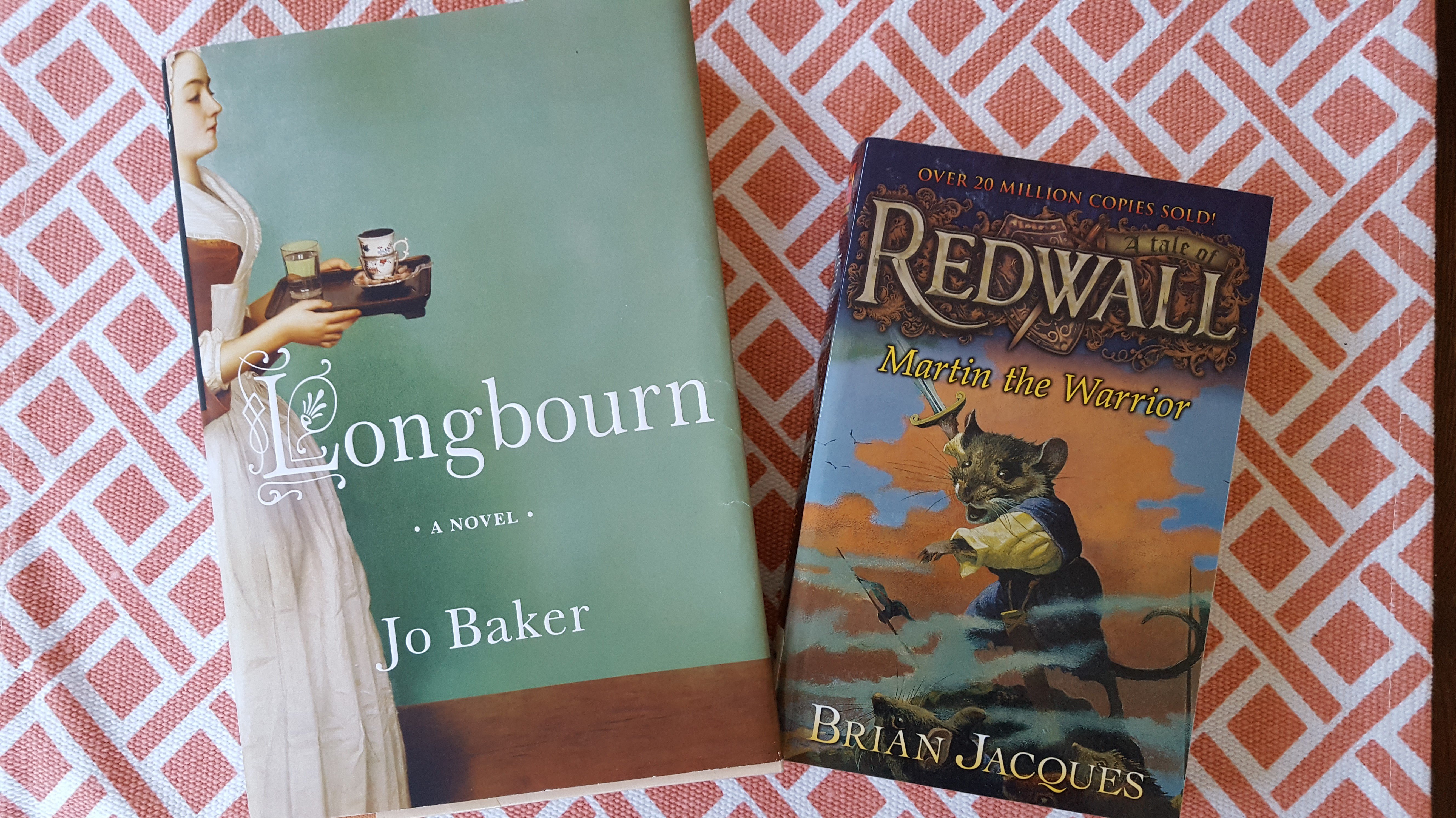 Longbourn by Jo Baker –  A retelling of Pride and Prejudice from the point of view of the servants. I’m hoping this will satisfy my Downton Abbey itch.

Martin the Warrior by Brian Jacques – Sigh, this stupid book has “Redwall” in very large letters across the front, so I got all excited thinking it was the first book in the series. Nope, it’s actually Martin the Warrior…which I already own. My book list meant to prevent me from buying duplicates can’t prevent stupidity unfortunately haha. 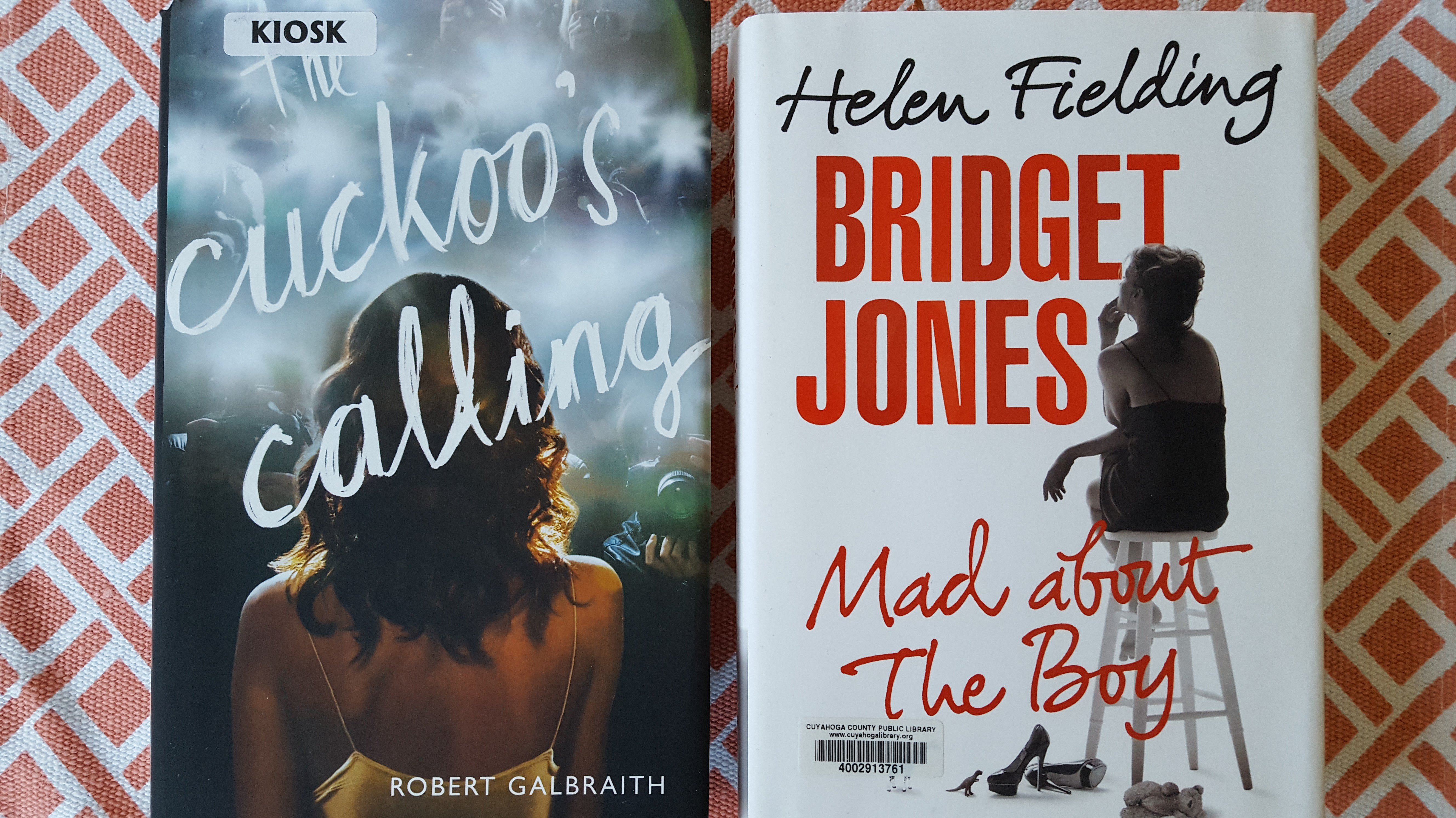 Bridget Jones: Mad About the Boy by Helen Fielding – The third book in the Bridget Jones series. Bridget is now taking on the challenge of dating as a single parent!

The Cuckoo’s Calling by Robert Galbraith – Writing under her pen name, J.K. Rowling ventures into the murder mystery genre with a story about the death of a supermodel.

What books have you purchased lately?

*I earn a small commission for any books purchased using the links throughout this post. Thank you for supporting my reading habit : )