Last week we returned from an exhilarating quick trip to Indianapolis and New Orleans. In just three days, we flew from Philadelphia to Indianapolis to New Orleans and back to Philly! It was worth the extra stop to see two of Jay’s Purdue friends during our one night in Indy and two days were plenty of time to start exploring New Orleans. Since we didn’t have time for any sight-seeing in Indy, I’m just going to focus on New Orleans for this trip report.

Both days in New Orleans were bright, sunny, and humid. You expect that in the South, but it is still a bit of an adjustment. Our flight arrived around 2pm on Friday, so we had the whole afternoon/evening ahead of us. We took an Uber from the airport to our hotel in the French Quarter ($33 flat fee) and dropped our bags off in the room. Despite the heat, we carried on with our usual “first day in a new city” agenda and took a walk around the neighborhood. 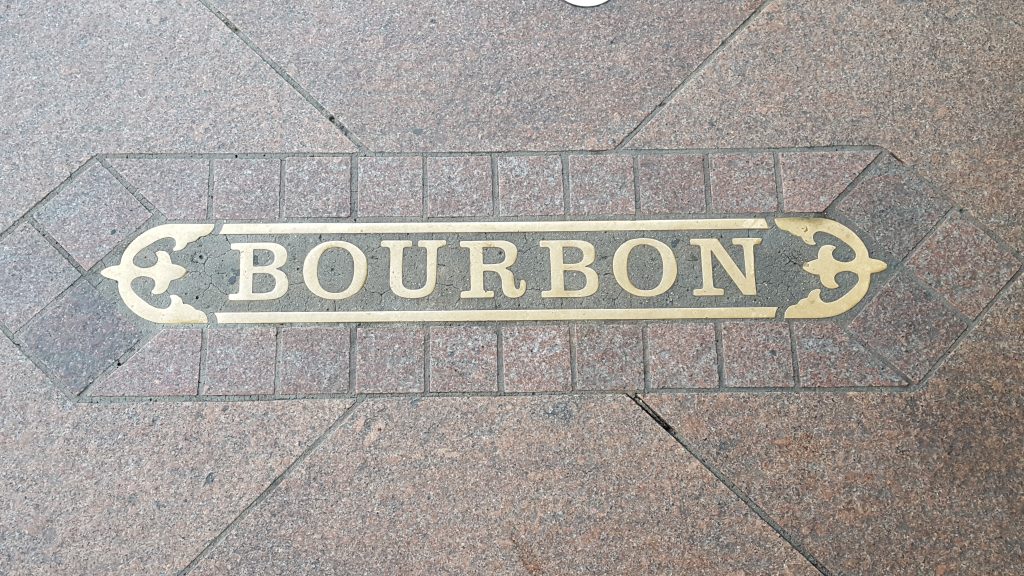 Since our hotel is located essentially on Bourbon Street, we started there! It was already full of people (of all ages). We were surprised to see a large number of families and kids. The bars, restaurants, and shops seem to go on forever – one right after another trying to lure visitors inside with ridiculous specials (Buy 1 drink get 2 drinks free!!!). At that point, air conditioning would have been enticement enough : )

After an hour, we walked back to the hotel to figure out a game plan for dinner.

Our hotel was gorgeous! It featured a lovely lobby with a cafe-type restaurant and more sophisticated restaurant/bar. Our hotel room was spacious and sleek. We also took advantage of Hyatt’s customer service and requested a tea kettle, extra tea, and robes sent to our room. Between the comfortable room, excellent service, and terrific location, this hotel is a great option for a visitor to New Orleans. 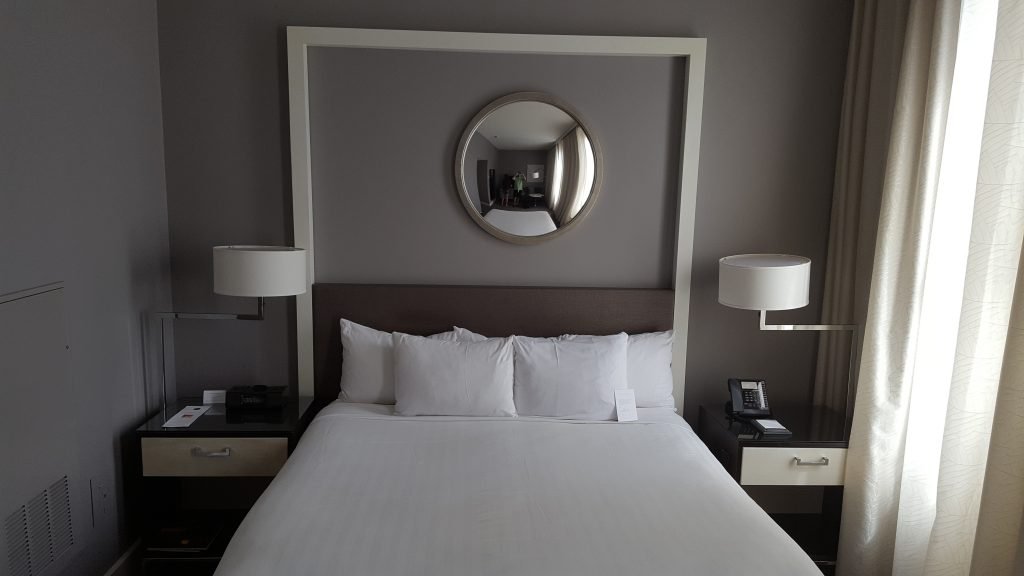 As we researched dinner spots, I came across a Groupon for a local pub that offered two sandwiches and two beers for $14! Pro tip – take some time to browse Groupon and Living Social for any restaurants/activities in the city where you’re vacationing. You just might find a useful deal! Thankfully, this pub was only a 5 minute walk from our hotel. It was a bit of a dive, but the bartender was friendly and the sandwiches were delicious.

Afterward, we decided to venture down Bourbon Street again. We finally settled on The Bourbon Cowboy bar and took advantage of their 3 for 1 drink special. It turns out happy hour goes until 9pm. Ridiculously late, but perfect for us! I guess most people stay out much later than 10:30pm : ) I was just proud of us that we stayed awake that long!

Before the trip, I discovered that New Orleans is host to the National WWII Museum. Since we’re both interested in history we decided to check it out. Note – AAA members get $2 off the admission price! This place is incredible. It’s a massive collection of buildings, each featuring exhibits covering various parts of the war, such as the Pacific front and the European front. We also walked through a special collection devoted to D-Day. 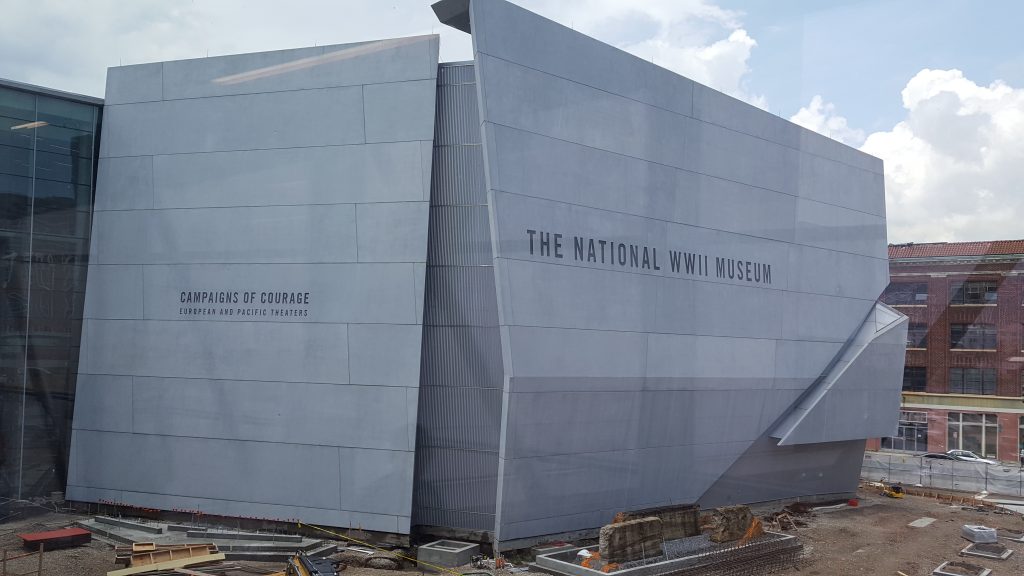 One of my favorite parts was receiving a dog tag (plastic card) for an individual who participated in the war. You scan your card at various stations and can watch short videos that describe your person’s experience throughout the years. A the end, you ultimately find out if he/she survived. It was a clever way to give all of the overwhelming statistics and artifacts a more personal touch. 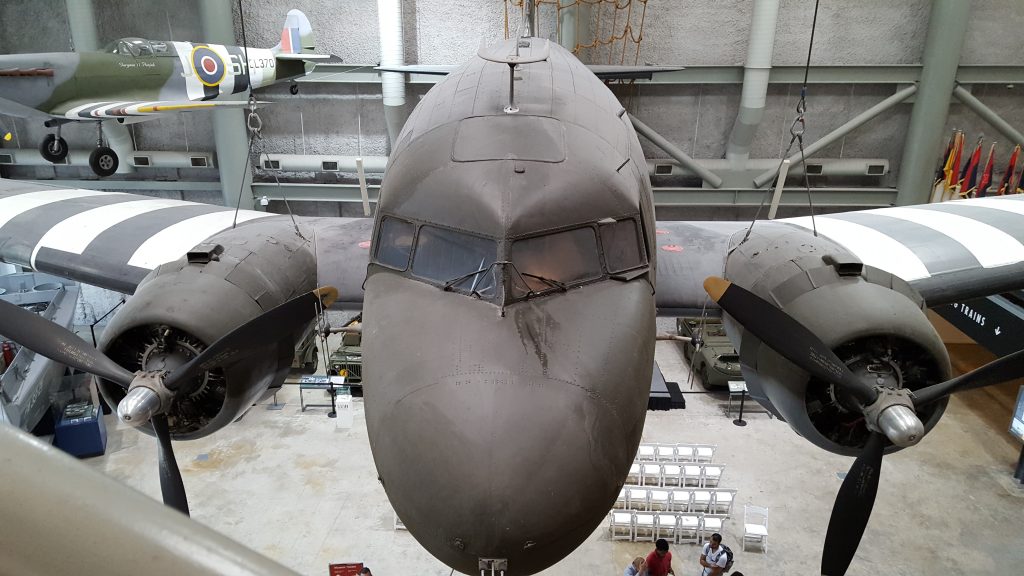 We spent at least two and a half hours in the museum, but even in that amount of time skipped over a lot of information. I highly recommend this place! 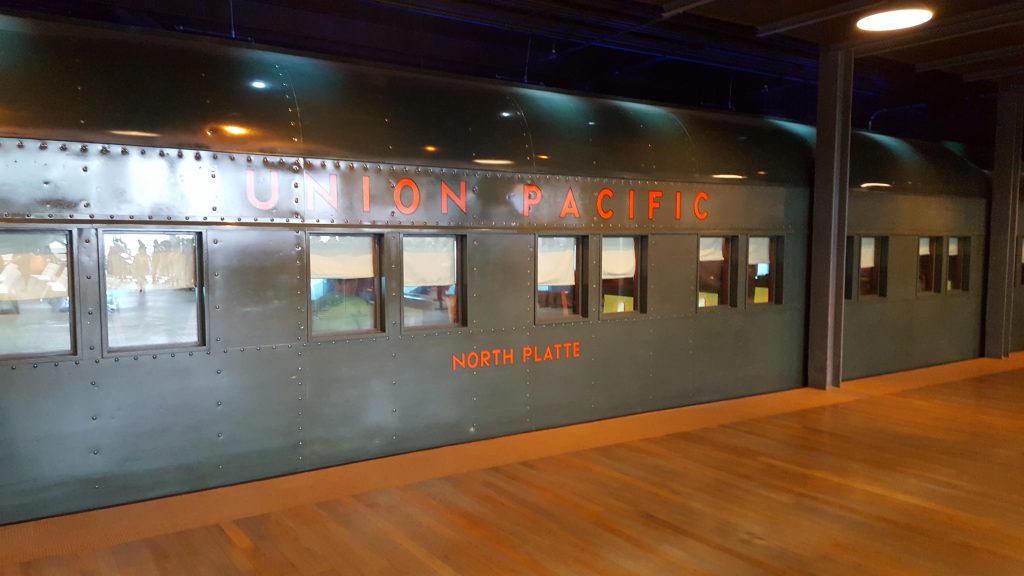 The first order of business after stepping back outside was lunch. After walking a bit, we decided on a casual restaurant called Huck Finn’s. I’ll admit, I mostly wanted to eat there because of the literary name : ) Luckily, the food was excellent, so Jay was happy too! He was on a mission to try as much Creole food as possible, so he ordered a sampler. I went with a pork and rice wrap with Cajun sauce.

There was only one other item on my New Orleans to-do list – beignets!! We walked to Jackson Square so I could get my fix of the famous Cafe Du Monde beignets. There was quite a line and it took about thirty minutes to get through it, but I can say they’re worth the wait!

For only a few bucks, you can get a bag full of powdered sugar and three huge square pieces of fried dough. The heat was sweltering, so we found a spot along the river to take advantage of the constant breeze while I enjoyed my treats 🙂 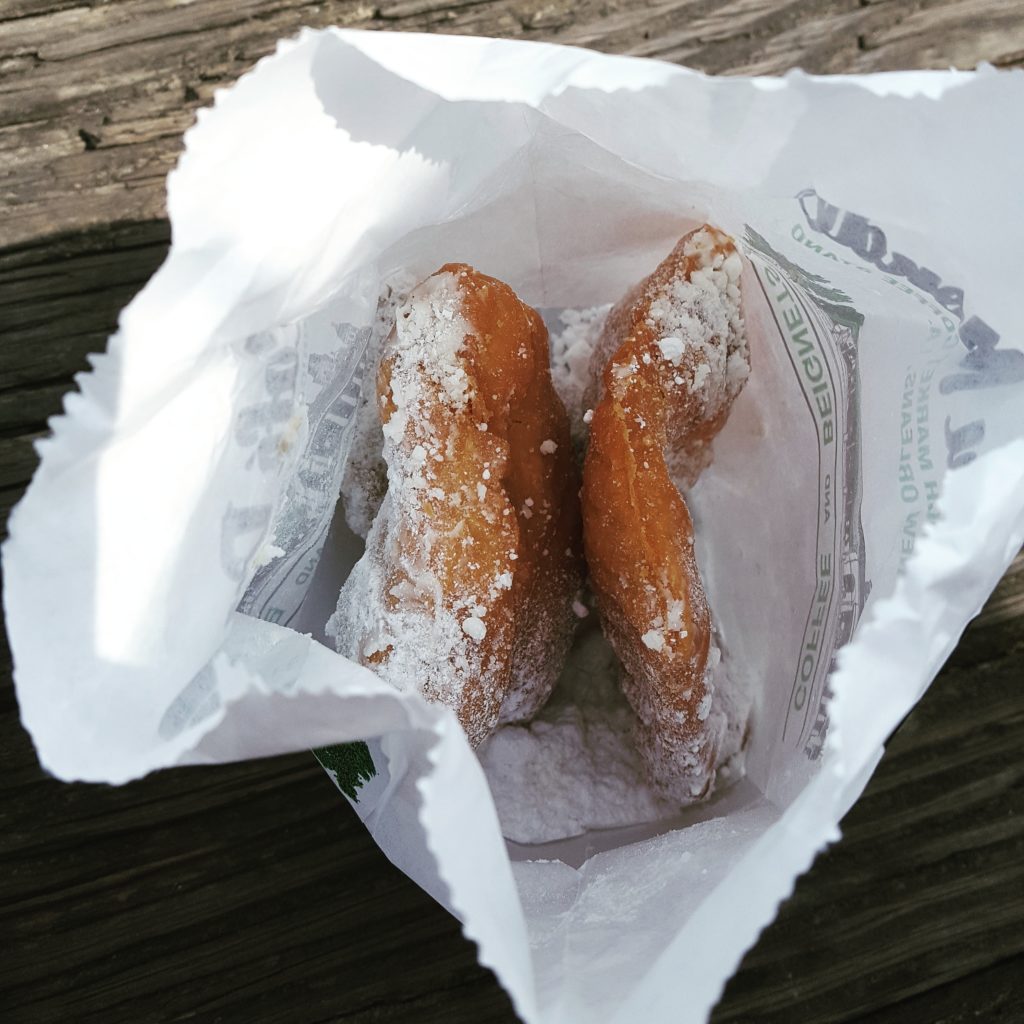 We had a ridiculously early flight on Sunday, so we ate an early dinner close by the hotel on Bourbon Street. It was delightful eating in a refurbished residence and listening to the sound of a live band on the street.

We woke up at 3:30 am to catch our flight home. Due to the insanely early hour, we thought we might have trouble finding an Uber to take us to the airport. Boy were we wrong. There were at least five within two blocks of the hotel. As we drove by Bourbon Street, we realized it was still packed with people!! It blew my mind that there were still folks out drinking after I’d been asleep for 7 hours haha. What a town!

Thankfully the flight home was uneventful. We had a layover in Orlando, so I enjoyed seeing all the Disney families 🙂 Plus, Southwest took care of us with free snacks and a great selection of drinks.

Despite the craziness of five total flights in three days, we had a great time on our trip!