I’m excited to introduce a new series of posts that will appear on my blog…book discussions! I’ll feature books that I’m dying to talk about with other readers and write up a bit of background info and questions/answers that came to me while I was reading. Head on over to the Book Discussion page for all of my selections. This week I’ll post three books to get the ball rolling, starting below with Outlander by Diana Gabaldon. I hope you’ll join in on the discussion!

About the Author – Diana Gabaldon is an American author who started her career as a university professor of science before trying her hand at writing. Outlander was the first book she ever wrote and it became a NY Times bestseller. She has since written seven additional novels for the Outlander series and is working on an eighth. In addition, she has taken on the role of co-producer and advisor for the Starz TV show based on her books. The show is about to start its second season, based on the second book in the series, A Dragonfly in Amber. Believe it or not, there is also a musical adaptation of Outlander (weird, I know).

About the Book – A young wife and her husband are taking a second honeymoon in Scotland after they were finally reunited at the end of World War II. Her husband, a history professor, takes pride in his knowledge of the Scottish highlands and the clans that ruled the land in the 1700’s. He’s eager to share his passion with his wife. Little does she know that much of this historical information will become useful after an encounter with a supernatural rock formation just outside of town. When she comes to her senses, she finds she is stuck in the world of 1740’s Scotland. She is taken in by one of the clans and forced to acclimate to the lifestyle while trying to find a way back to her time and her husband.

1.What aspects of life in the 1740’s would you most enjoy or dislike?

2.Do you think Claire is betraying her husband by marrying Jamie and falling in love with him? How did you react to this plot development?

3.Did you pick up on the fact that Geillis had also traveled through the stones and was originally from a different time period? What clues gave it away?

4.What obligation does Claire have to warn the clansmen about the result of the upcoming Jacobite rebellion? Is history set in stone or can the outcome be changed?

Answer the questions or add your own thoughts about Outlander in the comments! 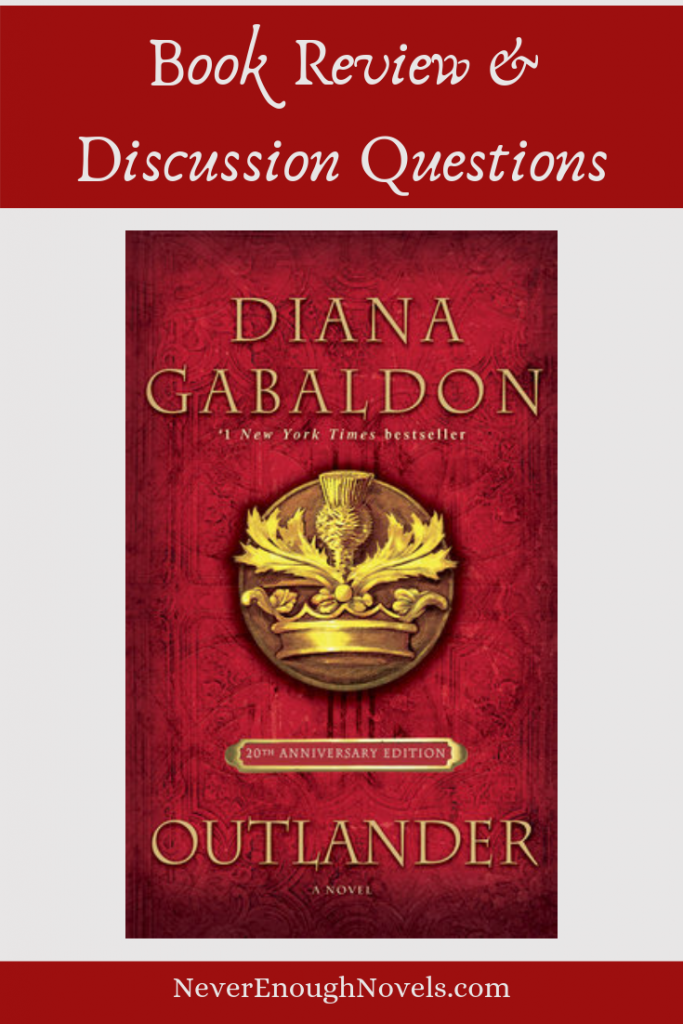