*Since Jay and I both read this book, we decided to tag team the Mistborn book discussion! 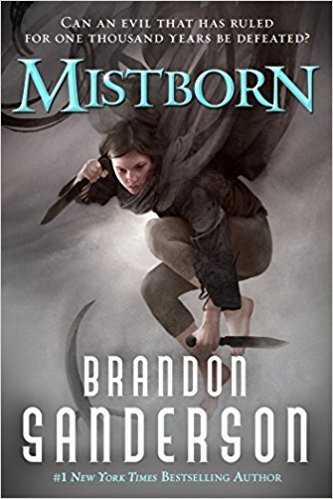 About the Author – Brandon Sanderson is a prolific fantasy and science fiction writer with more than 20 titles in his collection. He originally attended Brigham Young University as a biochemistry major, but ultimately earned a Master’s in creative writing. He published his first manuscript, Elantris, in May 2005. He now lives with his wife, Emily, who also serves as his part-time business manager, and three children.

About the Book – For the past thousand years, ash falls from the sky and mist cloaks the world at night. The Skaa live in misery under the Lord Ruler, who reigns with absolute power and ultimate terror, divinely invincible. Until Kelsier, a half-Skaa Mistborn turns his talents to overthrowing the tyrant. He recruits the underworld’s elite, the smartest and most trustworthy allomancers, each of whom shares one of his many powers, and all of whom relish a high-stakes challenge. His plan is still a long-shot until he meets Vin, a half-Skaa orphan, who discovers her true powers as a Mistborn under his tutelage. Together, this crew attempts to pull off the greatest rebellion this world has ever seen.

My Thoughts – Although I can’t say this is one of my absolute favorite fantasy novels, I did love certain aspects of the story and characters. The biggest drawback for me was the magic system that uses metals to enhance abilities. This is completely a personal preference, so I’ve just read other fantasy novels with systems that I found more interesting. Other than that, there are a few fascinating characters I loved getting to know and plot twists that took me completely by surprise.

Jay’s Thoughts – I have read a few of Brandon Sanderson’s books and in general I would say most of them are “not bad” boarding on “pretty good”. I would say this is one of the better ones of his I have read. I also thought it was going to be a more “adult” fantasy, but I was wrong. It’s very much a young adult book. But it’s a pretty easy/quick read that if you like fantasy and a bit of a coming of age story, this is for you. The only thing I couldn’t stand was the teenage angst in the middle between our hero and another guy. Oh, and Kelsier is one of the most entertaining protagonists you could ask for in a book, in my opinion.

1.If you were a Misting and could choose one metal to control, which would it be?

Me: It is a struggle to choose between a Coinshot (burn steel to “push” on nearby metals) or a Tineye (burn tin to enhance all five senses). How amazing would a brownie taste while burning tin?? Although the ability to move objects and myself with steel is tempting, I’d probably choose to be a Tineye. Besides the usefulness of seeing in the dark or hearing at a great distance, I love that it provides a type of mental stability as well to help assess situations and solve problems. Plus, if I were really living in this world I’m absolutely sticking to a role as a lookout rather than someone in the center of the action!

2. Which plot twist took you the most by surprise?

Me: Kelsier’s death was staggeringly unexpected! I kept waiting for him to come back somehow and was devastated when it never happened. I also was shocked to find out that Marsh became one of the Steel Inquisitors.

Jay: The backhand heard around the world (Kelsier’s death) was probably one of the biggest. It was also shocking that they would kill a character that way. But a twist that I wasn’t as surprised by but probably liked more was the explanation of the Lord Ruler’s powers. It made sense and it wasn’t something as silly as, “he’s just a super powerful mistborn.” That would have been lame….

3. Would you rather live under the Lord Ruler’s control and protection or would you rather overthrow him in favor of an unknown government and potential attacks from what’s in the Mist?

Me: I know this is cut and dry for Jay, but I don’t like change and I hate the unknown so I’d have a much harder time siding with a rebellion. I also would probably look at the chances of success and assume that it couldn’t be done.

Jay: I feel like this is something that gets talked about in today’s society a fair amount. Do you give up freedom for a bit of security? For me, it’s easy. I take freedom every time. 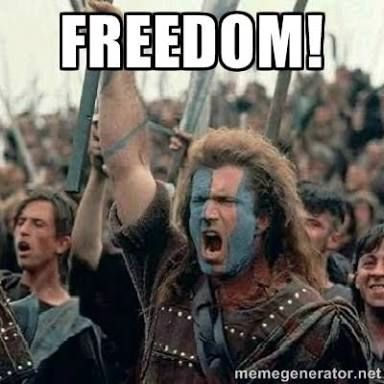 4. Which character would invite out for a beer/coffee?

Me: Sazed is one of the most fascinating characters I’ve encountered in a fantasy novel, so he’d be my first choice. I’d want to know more about his people’s history and how his ability to store up powers works.

Jay: Kelsier I think would be the most fun to have a beer with. Even while reading the book, his charisma almost leapt off the page and I saw him as a guy I could get along with. Other than that, Sazed. Just to learn what he knows.

Answer the questions or add your own thoughts about Mistborn in the comments! 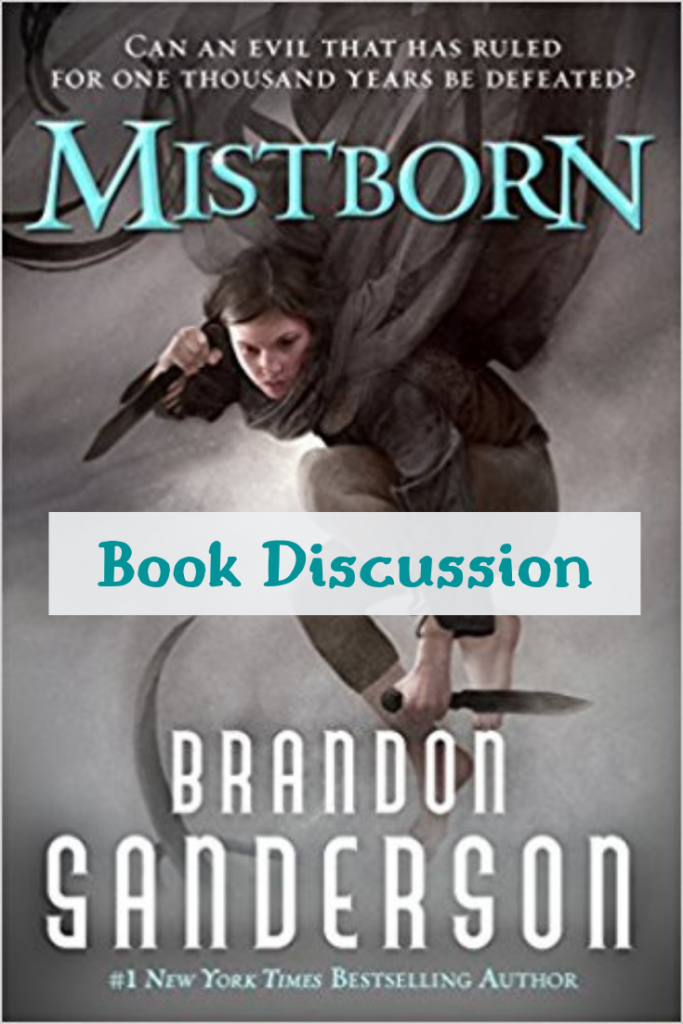