Stephen King Books In Order Plus Our Top 5 Picks

tephen King is one of the few authors that Jay and I both love. We scour book sales for his novels and often discuss our favorite Stephen King books as we’re reading. Our opinions about the best Stephen King books change as we continue to work our way through his collection. At this point though, we’ve both read quite a few of his books. So, we thought it would be fun to compare our Top 5 Stephen King novels.

With seemingly endless books to choose from, you may want to read Stephen King books in order.

To keep it simpler, we picked the best Stephen King novels only and excluded short stories, novellas, etc. Also, for your reference, I included a complete list of Stephen King books in order at the end of this post.

I also reviewed one of his recent novels, The Institute. Since it came out after we put together our lists of the best Stephen King books, it’s not included below but it would crack my Top 5 now! I wrote a full book review of The Institute to help you decide if you should read it!

Disclosure – I earn a small commission for any products purchased through the links below at no extra cost to you.
Thank you for supporting my book blog! 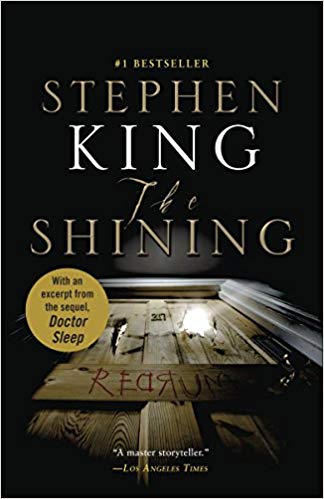 Let’s get one thing out of the way, the book is vastly better than the movie. Most importantly, the movie doesn’t capture the true spirit of this book. Jack Torrance, an aspiring writer and recovering alcoholic with anger issues, takes his family to a secluded hotel to help him reconnect with them and to write a play. The movie takes you into generic horror territory where the hotel makes Jack go crazy and want to just kill everyone.

In the book, the Overlook hotel tries to possess Danny, the son, but fails, so it goes after the much more flawed character of Jack. We then follow the struggles of Jack, who is trying to be a better father, deal with his own shortcomings, and fight off the Overlook Hotel trying to convince him to kill his family. If you liked the movie, read the book and then you will understand why King hates the adaptation so much. 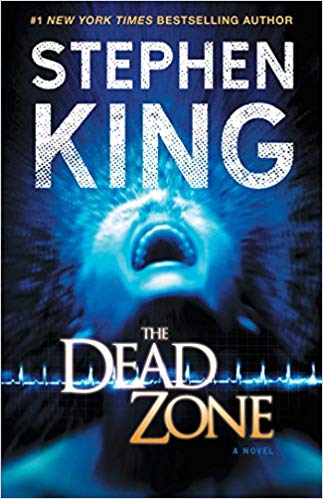 When reading, I have this tendency to try to guess a book’s ending or the direction the book will go. Halfway through this novel I was right on track with what I thought the plot would be. Then suddenly, the book makes a sharp left turn and takes you on a whole different ride. It’s not a plot twist for the sake of a twist, it’s logical, it’s smart and it is done really well and helps the pacing of the book. It goes from a generic story of a person with special powers to a very complex internal struggle about the choices we make and how those choices affect the world around us. 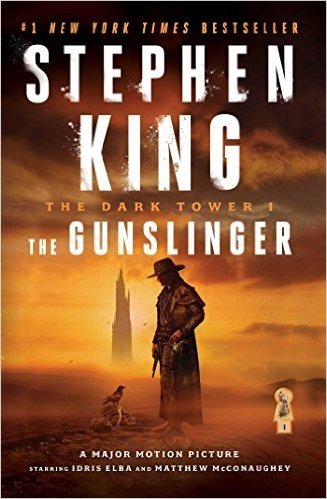 No idea if this is cheating, by putting a whole series together, but I can’t split it up. This series includes some of the best books I have ever read (Drawing of the Three and The Wastelands) and some of the worst (Wolves of the Calla and Song of Susannah). I have read a lot of internet comments about how King’s books are all about the journey, not the destination. This series is the epitome of that to me. The destination with the Crimson King and some of the other “bad guys” we meet along the way, it’s not great.

What the Dark Tower actually is, is kind of lackluster. But following Roland, Jake, Eddie, Susannah and Oy, is fantastic. I believe the only thing Oy ever says is, “Oy” and I feel a deep connection to the pet, so talk about brilliant writing! In my opinion, the Dark Tower is one of the best fantasy series out there but the ending does leave a bit of a sour taste in your mouth. 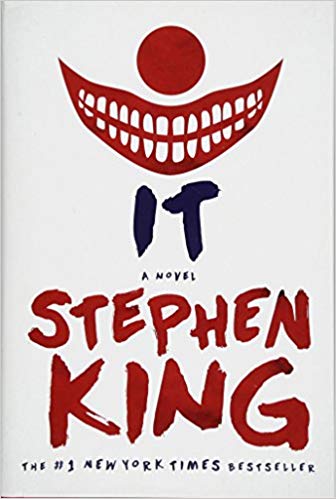 I personally don’t like flashbacks in books. I feel it removes a lot of tension from a story because we know the character survives if they are talking about the past. This is one of the reasons I don’t love the fourth book in the Dark Tower series, Wizard and Glass (even though most consider it one of the best). IT constantly has flashback sequences running throughout the story but King weaves it into the present (especially in the back half of the book) so well that I couldn’t put it down. IT has some of the best written protagonists in any Stephen King book I have read and it has a great ending (something King doesn’t always guarantee). For any other author, this would be their greatest book if it wasn’t for…. 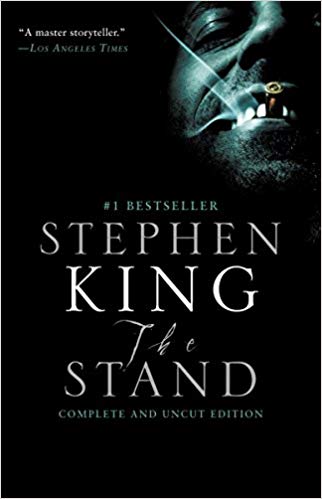 The Stand isn’t #1 out of the best Stephen King books, it’s probably my favorite book overall. What I love about King is his ability to write character flaws. Those flaws make characters and the world feel real, but it’s something a lot of authors shy away from doing because they want to talk about the strengths of their characters (even with antagonists).

In The Stand, I don’t love his protagonists, but the antagonists are some of the deepest, most interesting characters I have ever read. Lloyd, The Trashcan Man, The Kid, Julie, Whitney, The Rat Man, etc. All of these villains are AMAZING. They are not all just bad for the sake of being bad. They have very unique and distinct perspectives on life that has led them to follow Randall Flagg, who is the greatest villain ever put on paper, bar none. If you can read the uncut version, it’s worth the extra pages. 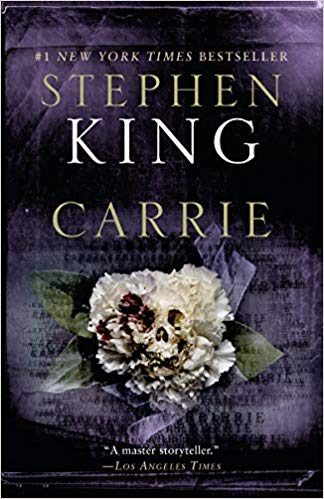 As you’ll see below in my list of Stephen King books in order, this is Stephen King’s very first novel and still one of my favorites. I connected with this story of an outcast who has telekinetic powers. King writes from the perspective of this high school girl with incredible insight. It’s deeply satisfying to watch as Carrie gets revenge on her tormentors. Plus, it’s a short novel at only 200 pages, so it’s quick to read! A great introduction if you’re new to King.

Ok, I have a confession, I haven’t actually finished IT yet. I started it last year and I’m a little over halfway through. To be fair, it’s over 1000 pages!! Regardless, I know this will be one of my favorite Stephen King books. Before I started reading, I expected a book full of “gotcha” scare moments and page after page of terrifying reading.

While there are some frightening and horrific moments, the bulk of the story is the friendship between a group of kids. We originally meet them as adults, but understand their first encounters with IT and how they banded together as kids through a series of flashbacks. I love this type of storytelling and I’m eager to find out how it ends! 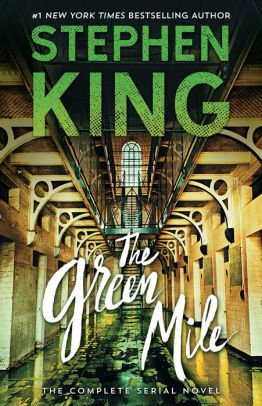 It has been over a decade since I read this, but I still remember the depth of emotion I felt. It’s not often that Stephen King brings you to tears, but this one will absolutely tug at your heart. John Coffey is a black giant of a man with a childlike demeanor who is sentenced to death row for the murder of two young white girls. During his stay in prison, Coffey uses his unnatural healing powers and befriends the block supervisor, Paul Edgecombe. Over the course of the novel, the reader finds out what really happened the night of the murders. 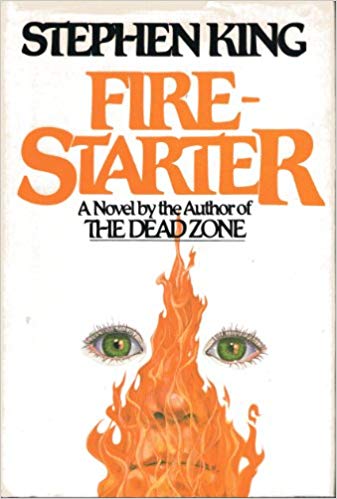 I believe this was the first Stephen King book that I ever read and it’s still a favorite. This is always my suggestion if someone wants to try one of his books, but doesn’t enjoy horror. Firestarter is about a young girl with special powers and her dad who are hunted by the government. The girl’s unique power allows her to control fire, but she has to learn to control herself first. The government wants to study this phenomenon, with little regard for the girl behind it. The relationship between father and daughter is well-written and the ending is devastating but powerful.

It was an easy decision as to what tops my list of the best Stephen King books. When I initially tried to read The Shining, I distinctly remember making it up to a certain scene and having to stop because I was too scared to continue. There’s a reason that Stephen King is the master of horror and suspense! As an adult though, I thankfully reread this one with no need to stop and no resulting nightmares.

The second time I was swept away by the deep family ties that held together Jack, Wendy, and Danny and the delicate edge of Jack’s sanity. It’s a powerful tale about Jack struggling against his addictions and weaknesses while still ultimately trying to protect Danny. I wholeheartedly agree with Jay about the movie. It is a cheap attempt at horror with none of the depth and subtle sinister influences of the book.

Have you ever read all of the Stephen King books in order? 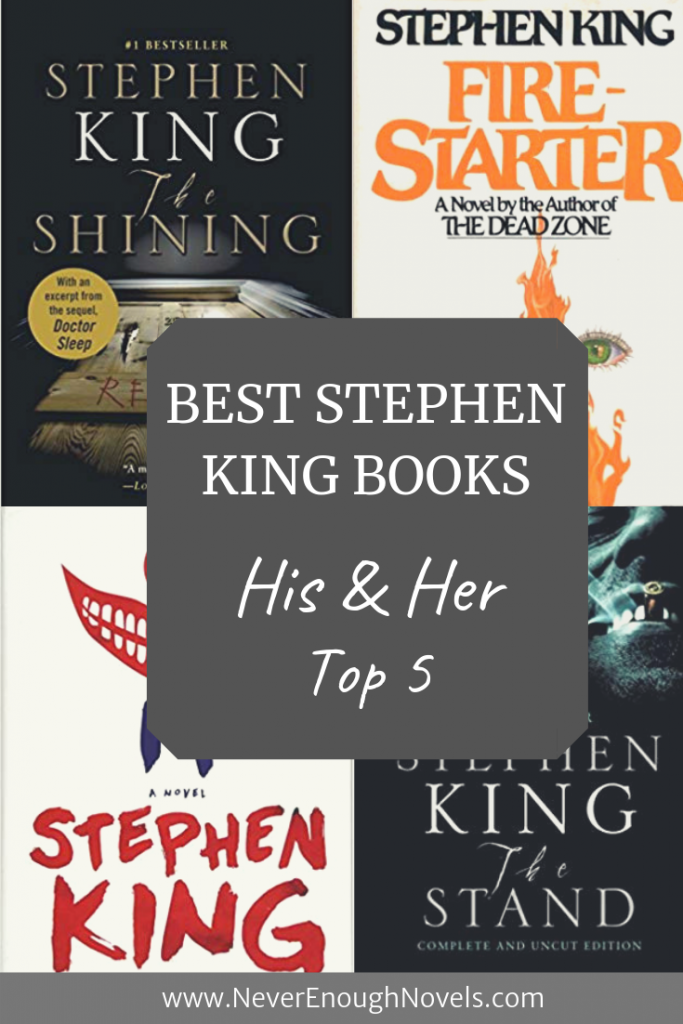