Check out Part 1 of my London and Paris trip report over here! This post covers the second half of our stay in London. 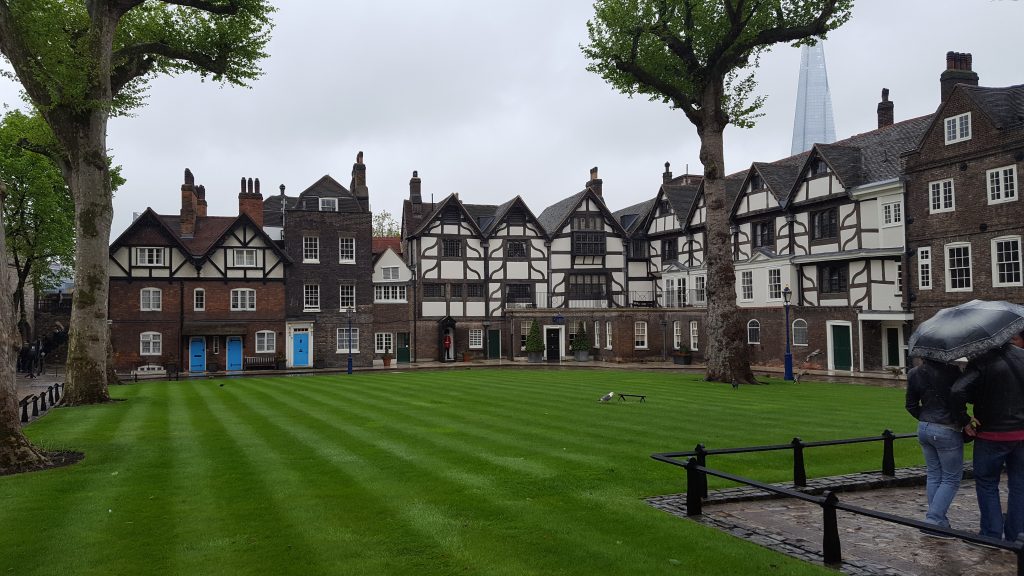 Since we were given another gorgeous day, we decided to continue our walking tour of London. We started with a tube ride to Kensington Gardens to see Kensington Palace. I have to admit it wasn’t quite as flashy and decorative as I imagined. The gardens were gorgeous, though. 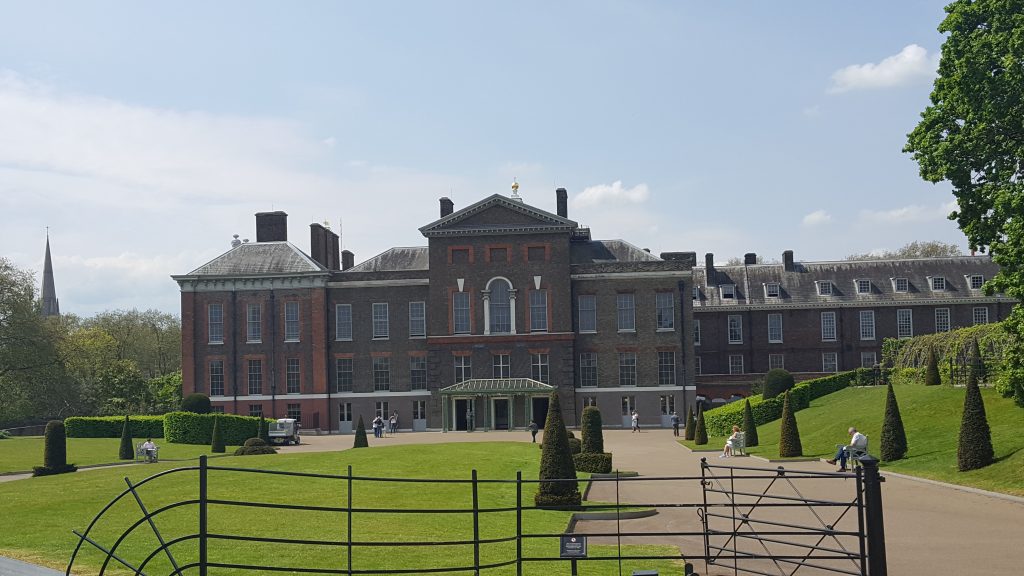 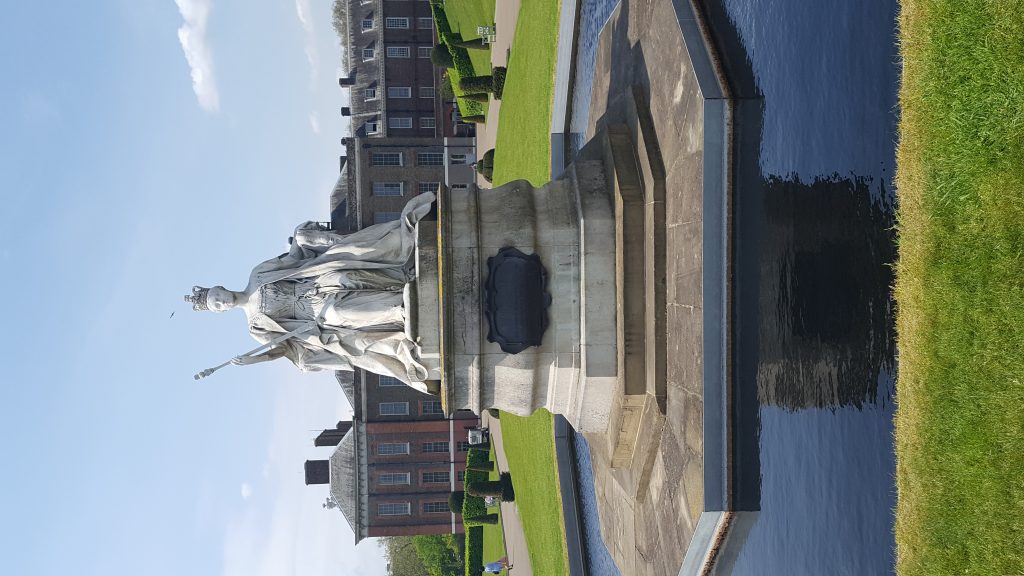 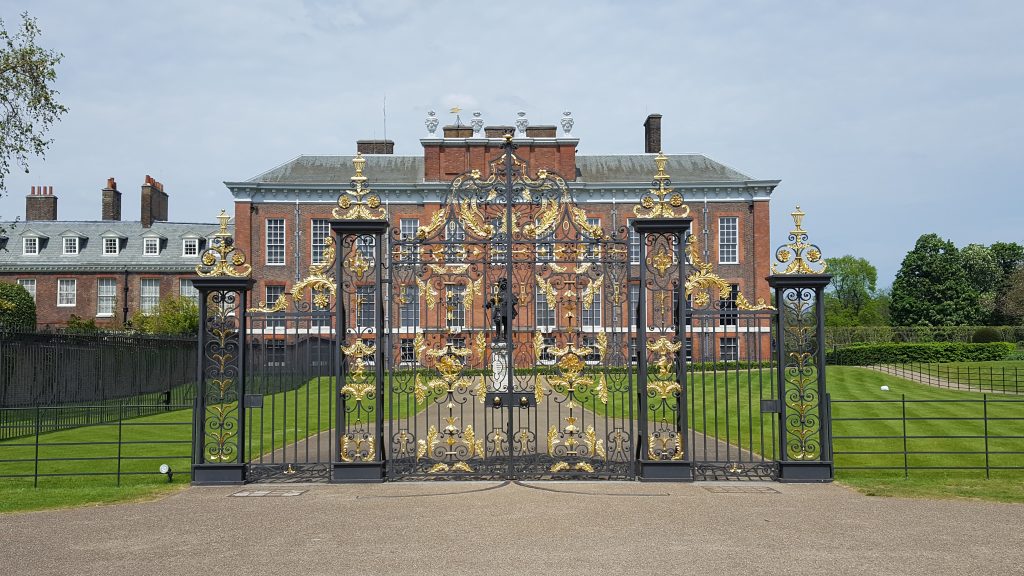 After some quick photos, I forced Jay to head toward the Notting Hill neighborhood. Notting Hill is one of my all-time favorite movies, so I was hoping to glimpse some familiar sites from the movie. We were highly unsuccessful haha. It was a pretty area, but no sign of Hugh Grant, his blue door, or the travel bookshop.

Since we knew the weathermen were predicting rain the next day, we decided to get a few shots of the picturesque Tower Bridge while it was sunny. Food came first, though! We found a pub nearby and stopped in for (surprisingly cheap) sandwiches. 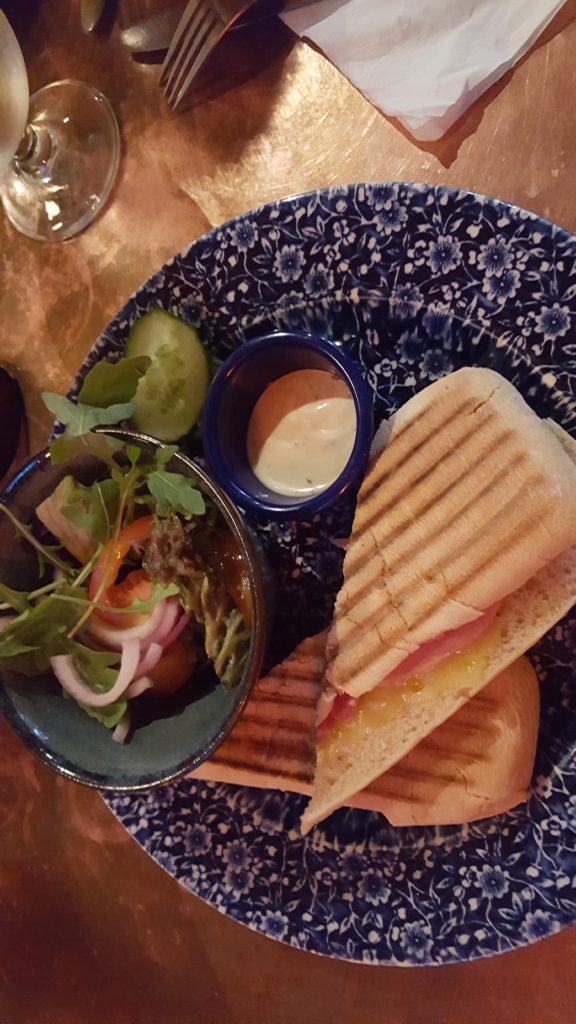 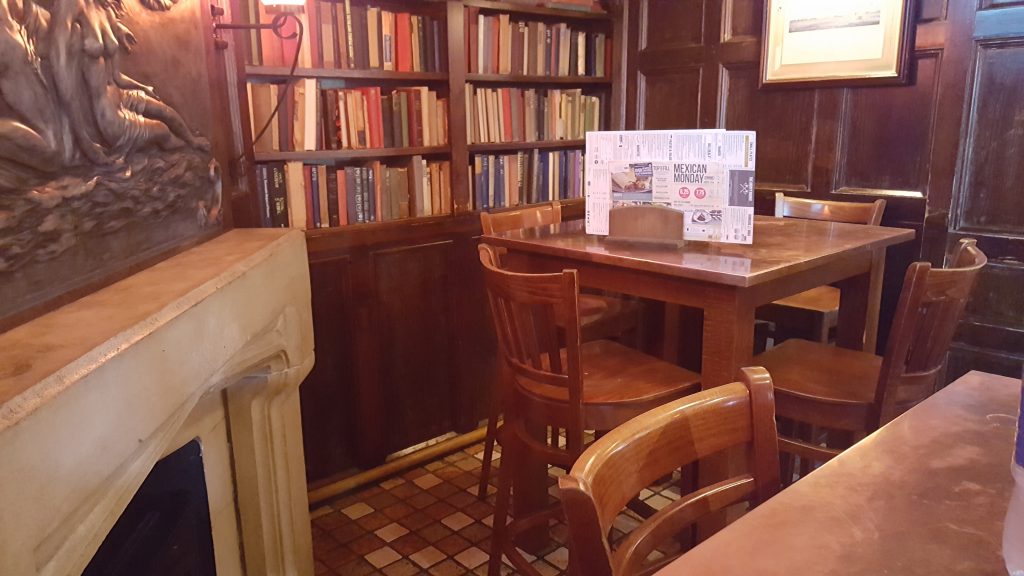 After a quick stroll around the Tower of London area, we ended up returning to the pub to get an afternoon drink. We snagged seats with a direct view of the Tower Bridge! Also, it was pretty exciting when the bridge raised up to let a boat pass underneath (we enjoy the simple things in life)! 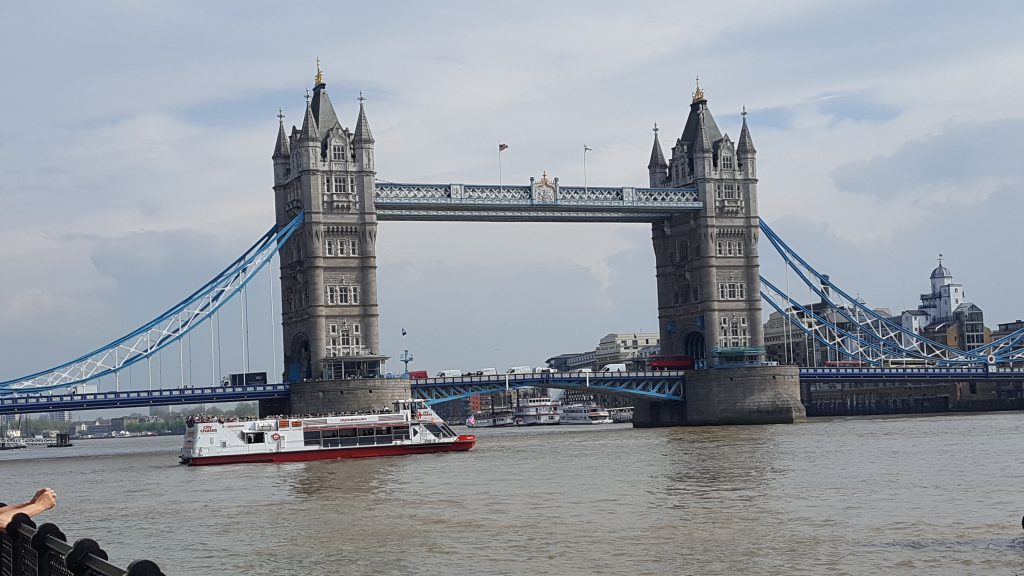 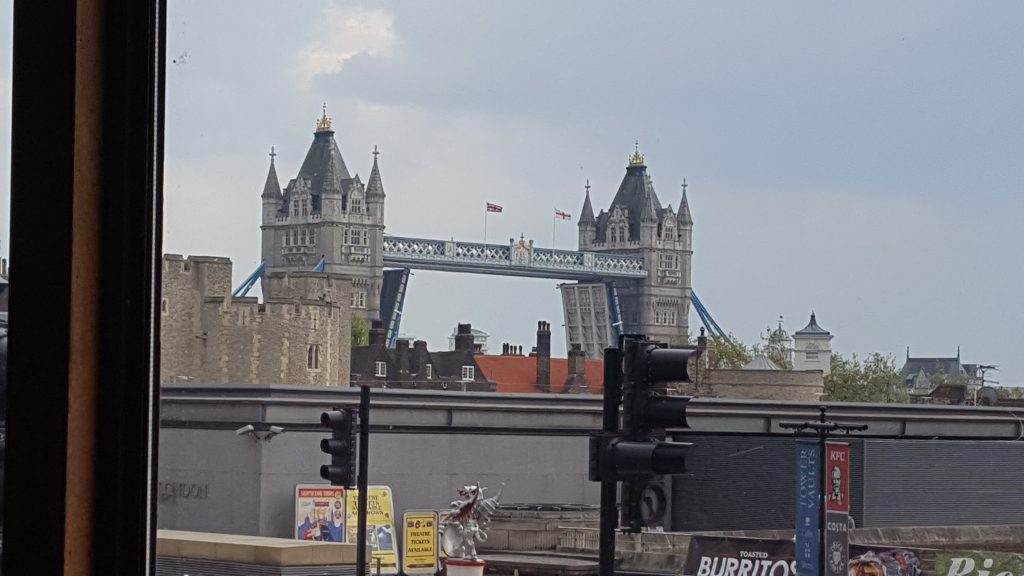 Back at the hotel with time to kill before dinner, we indulged in tea at the hotel bar. I was thrilled when they served us complimentary cookies with the tea : ) 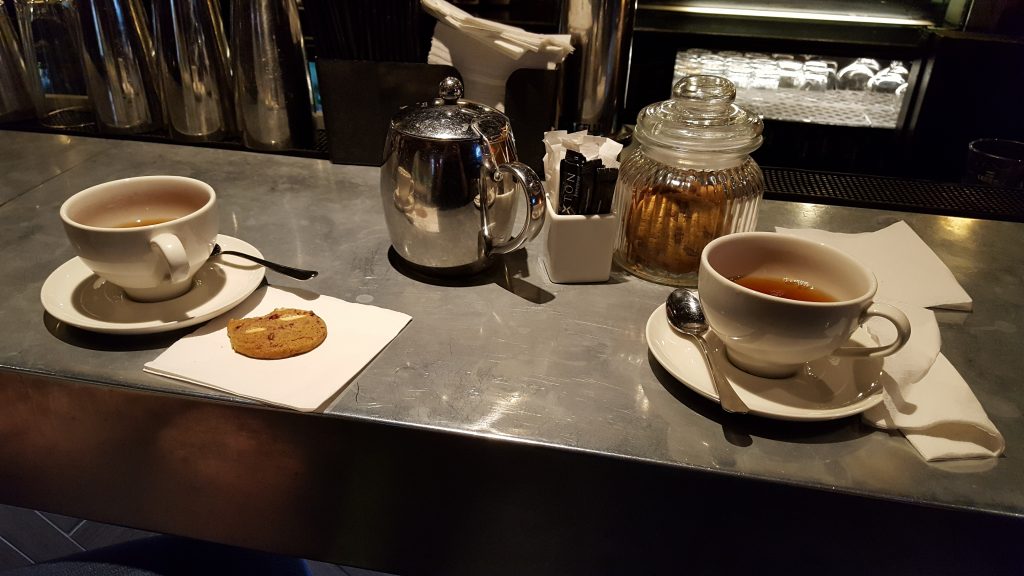 For dinner, I decided I wanted to try the pizza chain that seemed to have a thousand locations throughout London, Pizza Express. We both had fairly low expectations (Pizza Hut, Papa Johns, etc), but it was a nice place! A great drink list and lots of pizza options. We also saved room to indulge in their chocolate cake and vanilla gelato. Mmmmm. 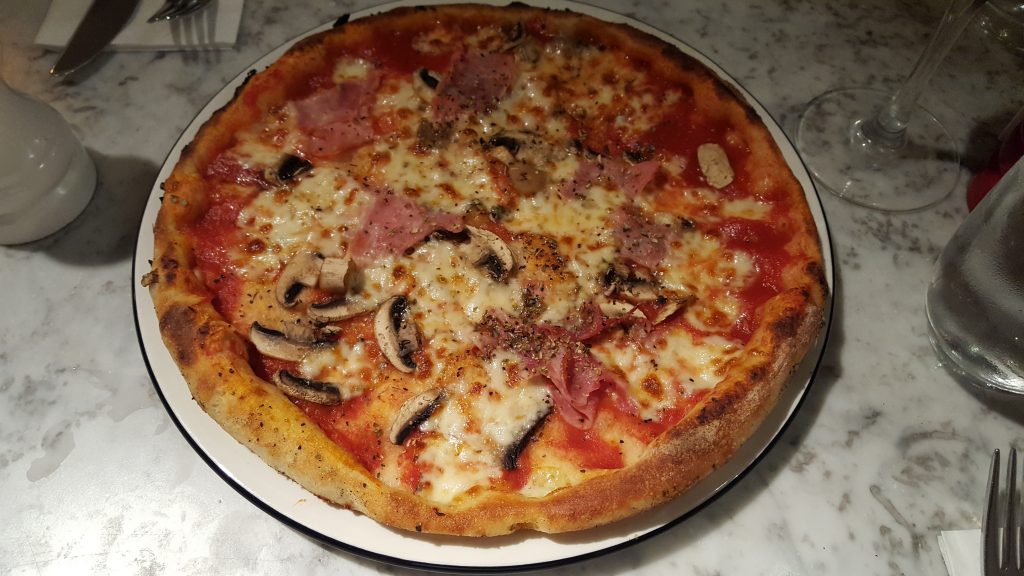 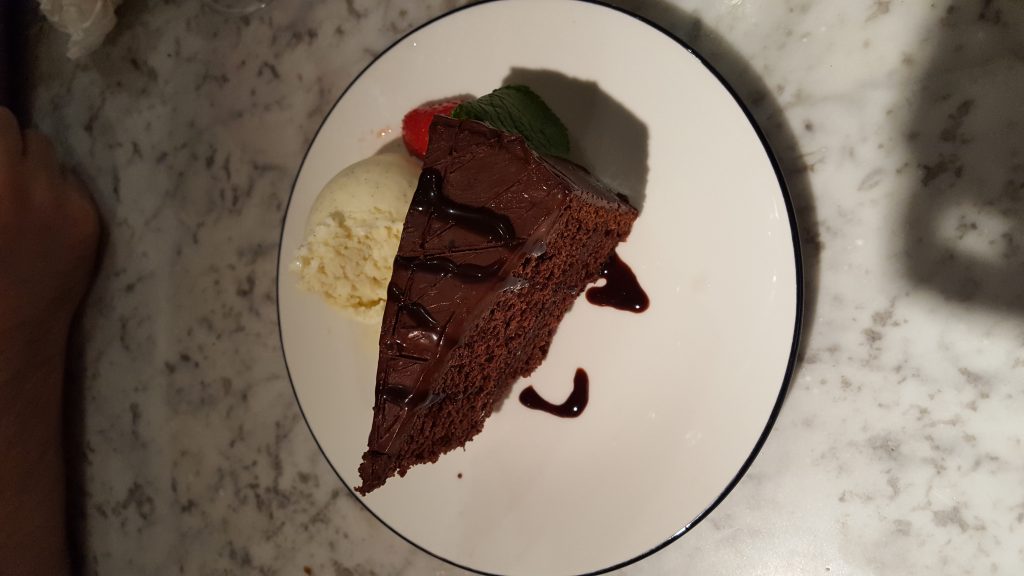 The rain finally came! It was just a drizzle, so we were still able to be out and about with our raincoats. On the list for today was the Tower of London and the Museum of London.

The Tower of London was an excellent attraction. We both were expecting just one building, but it was actually an entire complex with lots of different sections to visit. We made sure to catch the Beefeater tour (essentially just a 30 minute speech inside the chapel). Our guide was phenomenal! He was funny and charming and gave lots of interesting information about the history of the tower and his role as a guard.

We also viewed the Crown Jewels! It was pretty entertaining to step onto the moving platform and slowly roll past them.

After spending a few hours exploring the prison, we stopped in another local pub for lunch. Jay finally got his fish and chips and I ordered one of their famous “pies.” Mine was stuffed with cheese and spinach and sweet potatoes. Delicious! 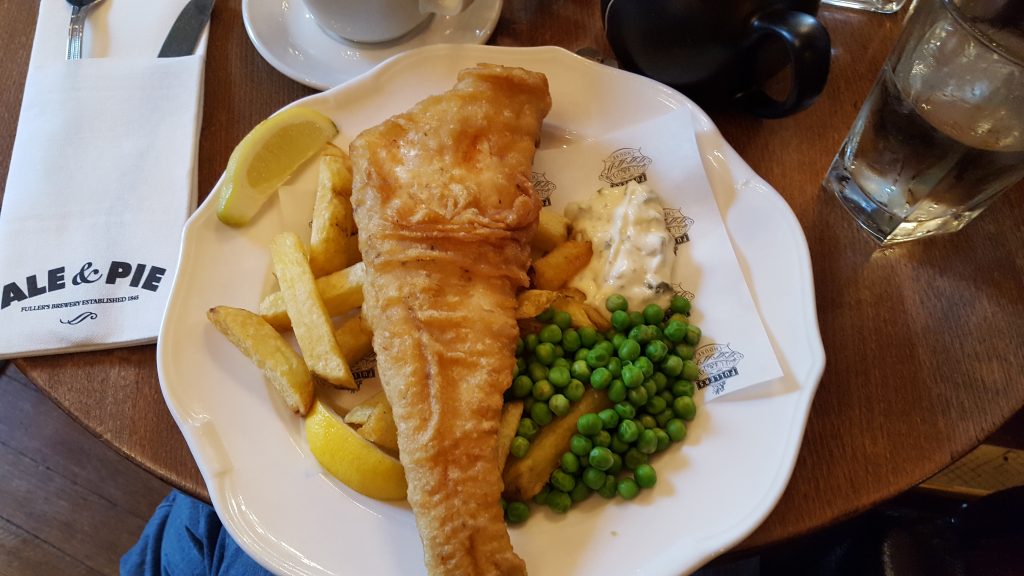 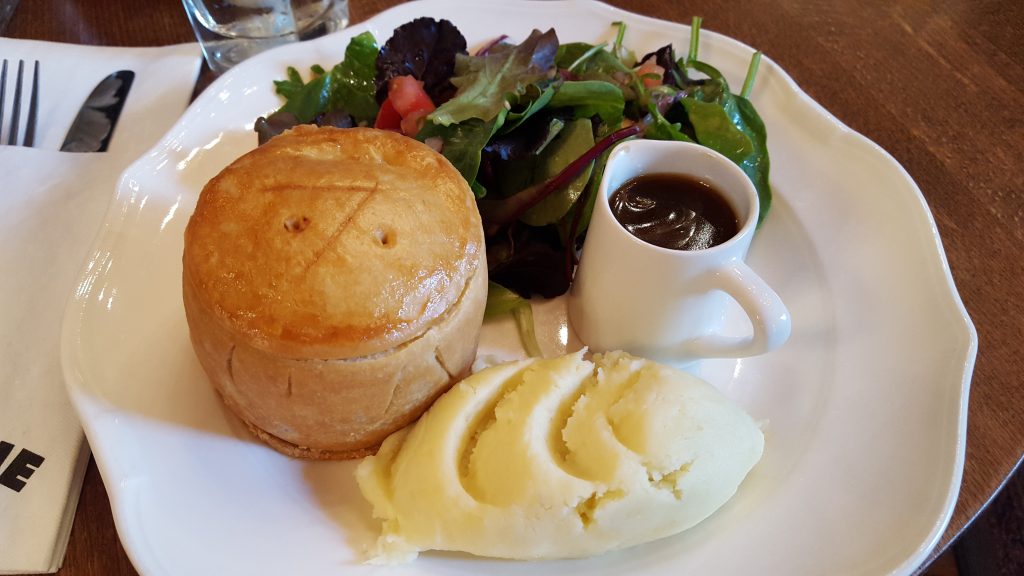 On our way to the Museum of London, we happened upon Aldersgate Street and found the plaque that commemorates where John and Charles Wesley converted to Christianity. Our pastor did a sermon series on the history of the Methodist church earlier this year, so it was amazing to see the spot that influenced our church’s heritage!! (And yes, we totally sent this picture to our pastor too) 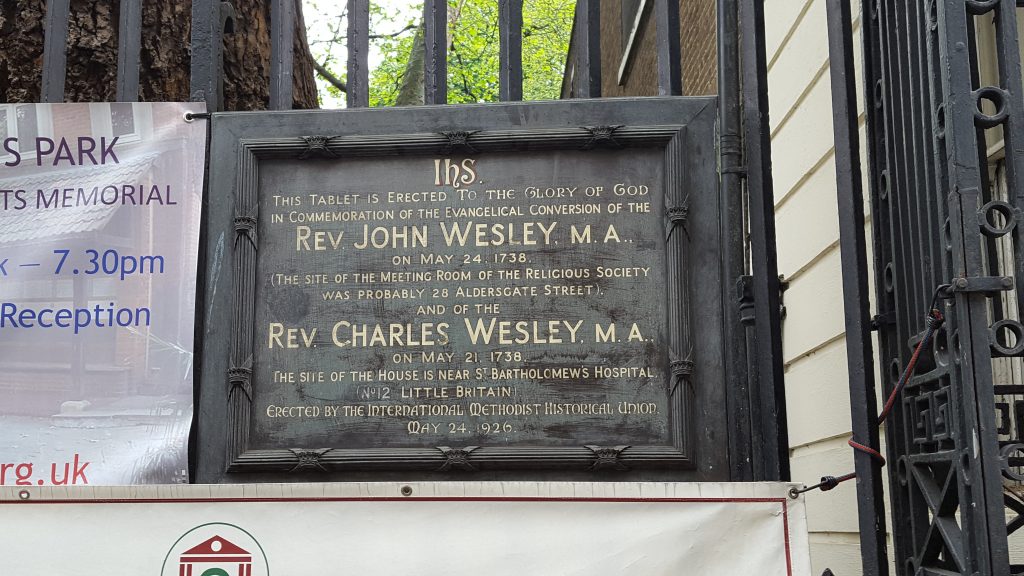 The museum was right around the corner, and free to get in! We wandered around for two hours before heading back to the hotel. I must have completely forgot to take a picture of our dinner (and therefore completely forget where we ate), so all I’ve got to wrap up this post is the British candy I bought on the way home hehe. 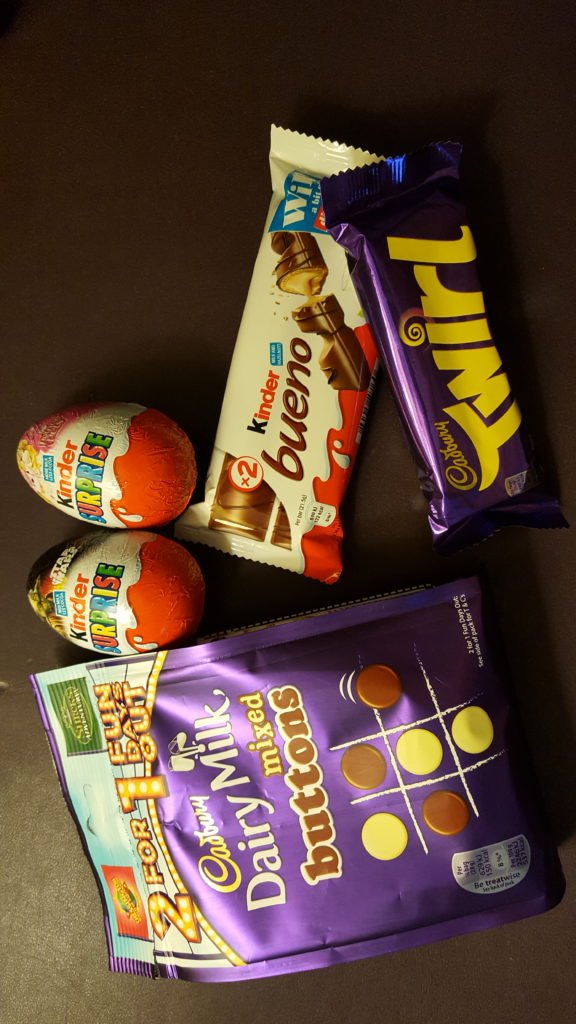 Our trip on the Eurostar train and our first day in Paris is coming up next! On to Part 3! 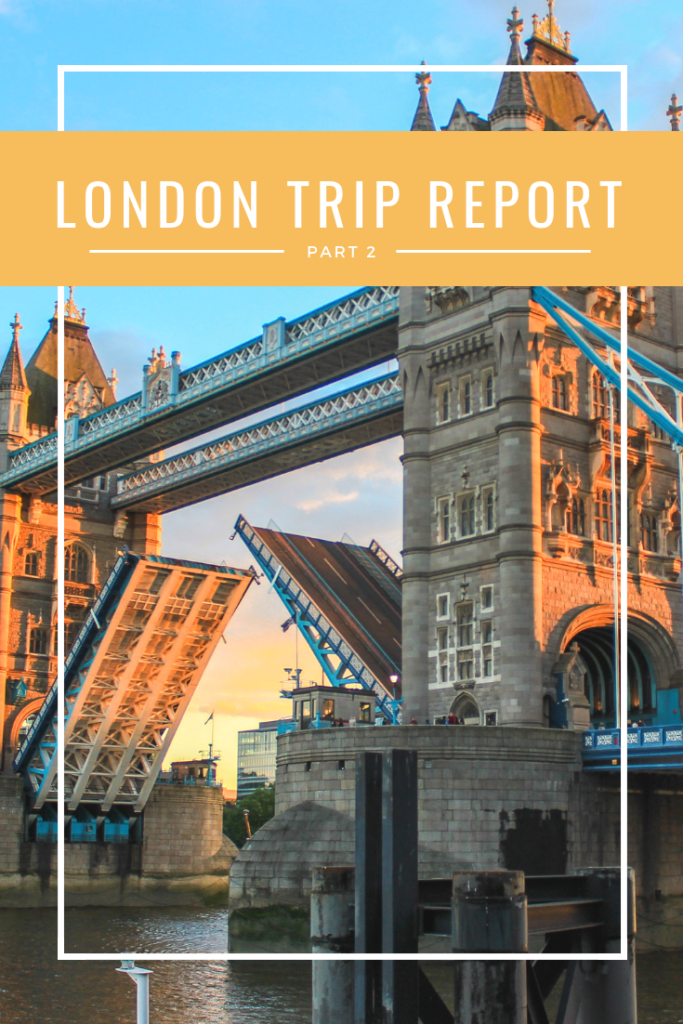