About two months ago, I created a Baking Bucket List – a list of baked goods to attempt over the next year or so. There are 25 delicacies on the list, so my goal is to cross off a few every 3-4 months. 6 down, 19 to go! You can check out my first update here.

#7 Monkey Bread: When my mom mentioned that my grandma used to make monkey bread (which they called pull-apart cake), I knew that’s the recipe I wanted to try. Tracking it down was a bit difficult, but my aunt came to the rescue and sent me a picture of my grandma’s handwritten recipe. This is made from scratch with yeast – no cheating and using Pillsbury biscuits!

You can tell this is an older recipe, especially with the use of Crisco! It also requires two packets of yeast which is a bit unusual. Boy did this thing rise, though. 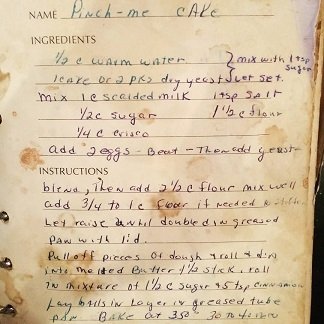 Next time I’ll make the dough balls smaller and place a few in another baking pan. As is, they went nuts and were spilling out over the edge of my bundt pan! The dough cooked to perfection in thirty minutes, though. One note I’d add is to flip over the bundt pan and release the monkey bread within five minutes of coming out of the oven. Any longer and the cinnamon/sugar/butter mixture may stick to the pan. I also added a simple glaze of powdered sugar and milk to add a touch of extra sweetness.

#24 Peanut Brittle – I purchased a candy thermometer a few months ago specifically for this purpose. Peanut brittle is a candy I only buy rarely, so I was hoping making it myself wouldn’t be too difficult. As it turns out, it’s surprisingly easy. A few basic ingredients and fifteen minutes are all it takes. I used the first recipe that popped up on Google – Mom’s Best Peanut Brittle.

The worst part is waiting for the candy to heat to 300 degrees. I honestly was terrified I was burning it. If you keep stirring though, I promise it will turn out just fine. The candy thermometer is worth it here, since it’d be hard to judge when it’s finished otherwise.

I will caution against taste testing too soon. I have a habit of trying literally all of the batter and dough I make, so I immediately tried to lick the spoon after I spread the candy out on a baking sheet. Cue a burnt tongue 🙁 Don’t do this! As hard as it is, wait 10 or 15 minutes until you can break after the peanut brittle and stuff your face like a normal person. You might want to make two batches if you’re planning to share… 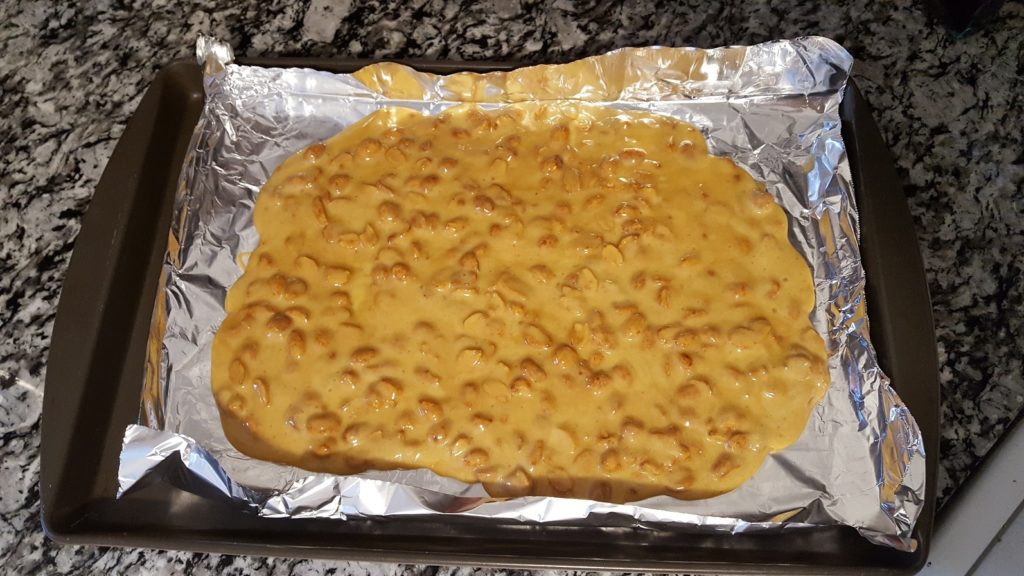 #25 Profiteroles (Cream Puffs): In March I spent a weekend with my parents while Jay traveled for work. My mom suggested crossing off a baking bucket list item together! On Saturday afternoon (after a trip to the grocery store), I started to pull together the required ingredients. Pretty simple since it’s just water, butter, flour, salt, and eggs. Turns out, my mom only had 5 of the required 16 Tbsp of butter.

My mom was about to make my dad run back to the grocery store and I was about to throw in the towel when my dad suggested just making 1/4 of the recipe. Dad saves the day! It scaled down very easily and still ended up making 13 cream puffs!

Honestly, it would have been way too many if we made a full batch. They rose beautifully in the oven to my great surprise. We used heavy whipping cream to make homemade cream filling and dipped them in dark chocolate as an added indulgence. Delicious! This is a great recipe to have in hand when you want a dessert that looks fancy but is simple to make. 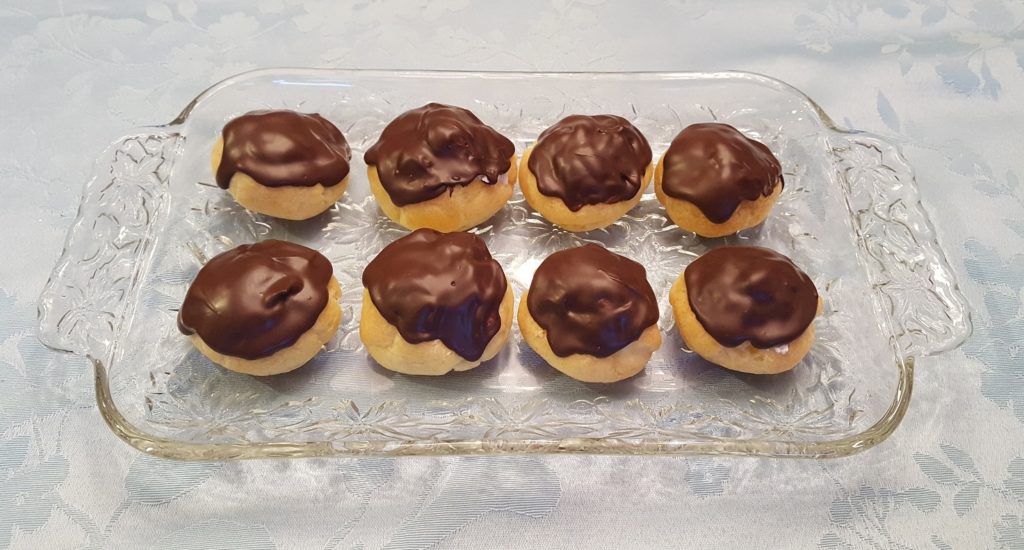 Have you tried baking any of these desserts before?