In mid-October my parents, Jay, and I took a six day vacation to San Francisco! It was the first visit for Jay and I and the second for my parents, making them our veteran tour guides. Despite a few rain showers and rescheduled plans, we had a wonderful time exploring the city. We even managed to fit in a bus trip to Muir Woods and Sonoma. This part of my trip report covers our first three days exploring Fisherman’s Wharf, Chinatown, and the financial district.

With an 8am flight out of JFK on our schedule, we woke up around 4am to drive to the airport. Yikes. Luckily not many other people are awake that early so there was no traffic : ) The American flight was uneventful, but comfortable since we upgraded to Main Cabin Extra seats. We had a few extra inches of legroom and lots of movie and TV choices in the seat back entertainment.

Upon arrival in San Fran, we hopped in an Uber to get to our hotel, the Sheraton Fisherman’s Wharf. Due to our Starwood Preferred Guest credit card, we were all able to stay for free using SPG points! My parents rooms were already available, so we dropped off our bags and began exploring San Francisco.

For lunch, we stopped by the Boudin Bakery and enjoyed famous San Francisco sourdough bread in the form of tacos, pizza, bread bowls, and sandwiches.

Since it was bright and sunny our first day, we decided to walk around outside as much as possible. It was quite a hike to Lombard Street but well worth it!! Flowers still surrounded the twisty road and it featured a gorgeous view of the city from the top. Plus, it was entertaining to see all the tourists in cars driving down. 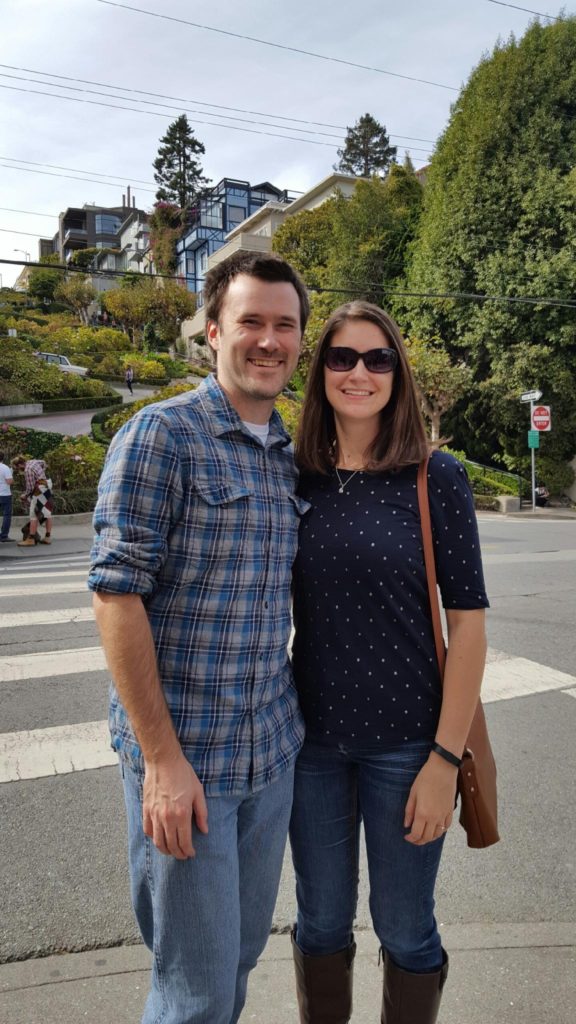 Afterward, we continued to walk around Fisherman’s Wharf and signed up for our first attraction with our San Francisco Go Card – the Bridge to Bridge cruise. It was excellent. The hour and a half boat ride took you from Fisherman’s Wharf out to the Golden Gate bridge and then all the way to the Bay bridge before bringing you back. There was also an audio tour you could listen to throughout the cruise (although, the sound quality wasn’t the best). 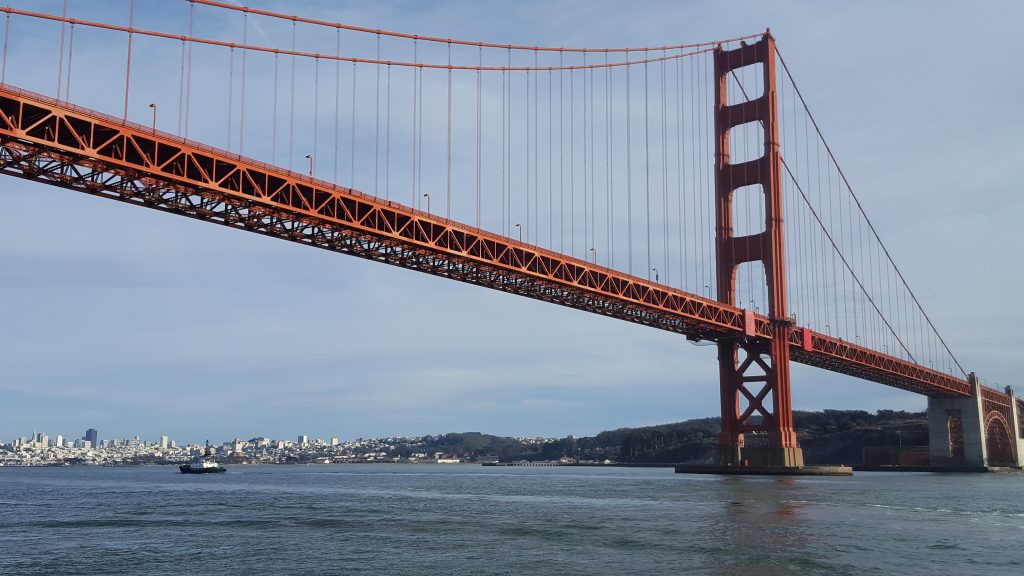 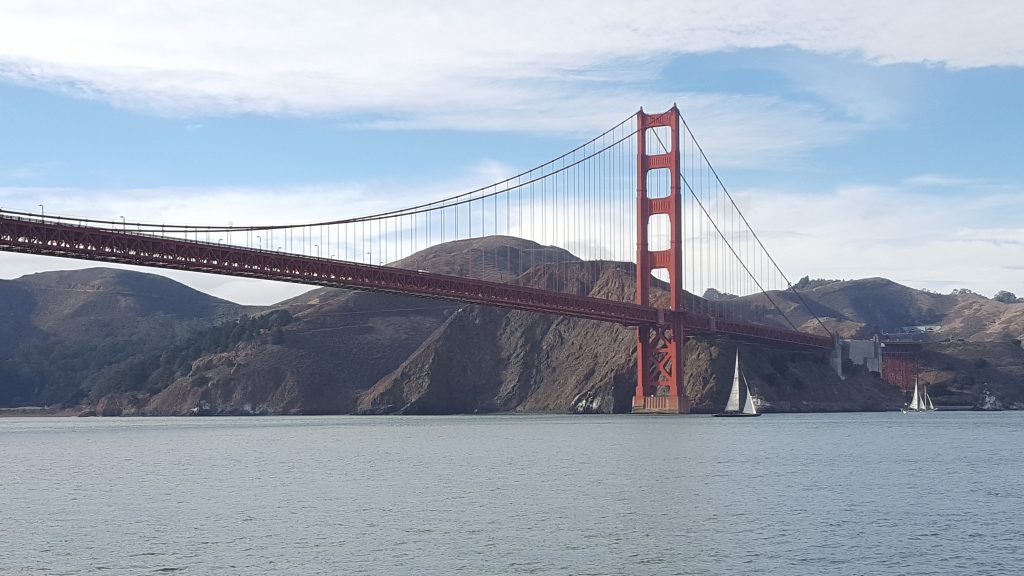 My mom also suggested a quick stop at the World Market store, an incredible building filled with products from around the world. We stocked up on some cheap wine and snacks to enjoy throughout the week : )

Since our room wasn’t available on time, we were upgraded to a nicer one! We had a mini fridge and a couch, which gave all four of us the space to hang out together at night. Plus, with the fridge we could buy milk, yogurt, and cereal for breakfast to save some money. 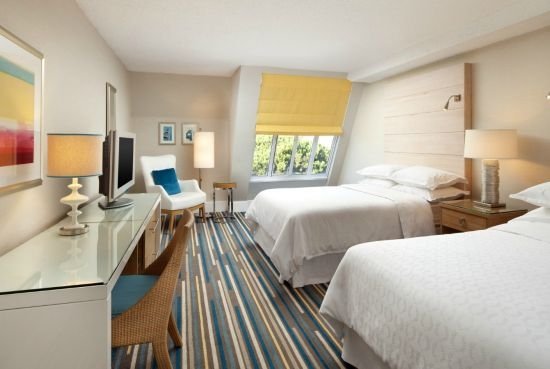 Hop On Hop Off Bus Tour

Day 2 began with our second Go Card attraction – the Hop On Hop Off Bus Tour. We had 48 hours to use this transportation, so we rode it to Chinatown first. The gates to this section of the city are gorgeous. Unfortunately, it was drizzling this entire day, so it wasn’t easy to take pictures. Chinatown is the place to go for souvenirs, so most of our time was spent in the multitude of tourist shops. For lunch, we stopped in a hole in the wall local place. It wasn’t exactly pretty, but the food was delicious and cheap! 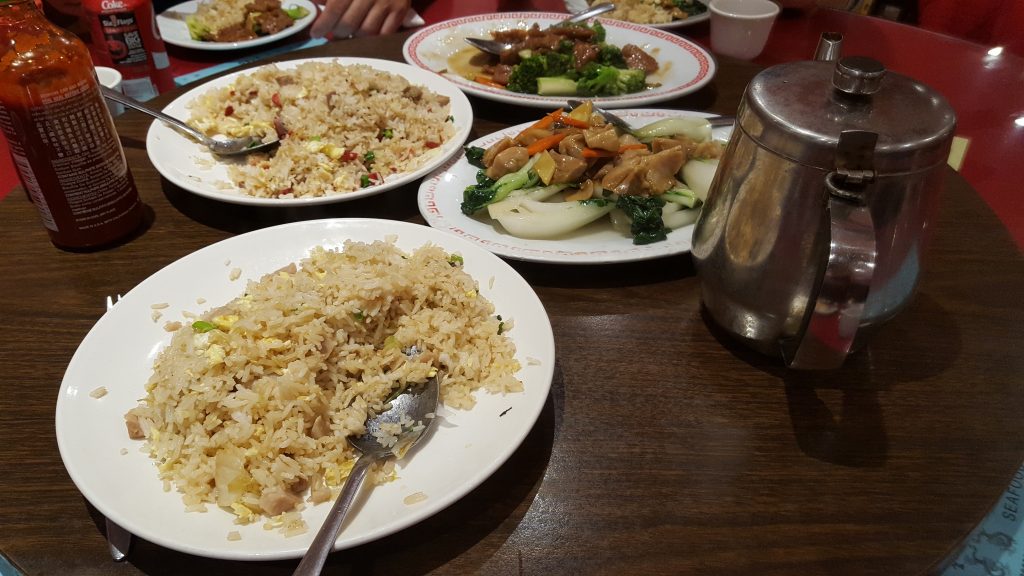 After walking to the Financial district and grabbing coffee, we decided to head back to the hotel. Well, our terrible experience with the bus tour began here. The buses were supposed to come at least every 45 min, and we waited a bit longer than that before one finally arrived. We also discovered that the route included with the Go Card only features stops in Fisherman’s Wharf, Pier 39 and the Financial District / Union Square. The more popular route that takes you out to the Golden Gate Bridge and through more parts of the city costs extra (more to come on the bus tour fiasco).

For dinner that night we decided to grab take away pizzas from the Boudin Cafe (they’re so good!!). We spent a relaxing evening in the room eating pizza and drinking our wine. 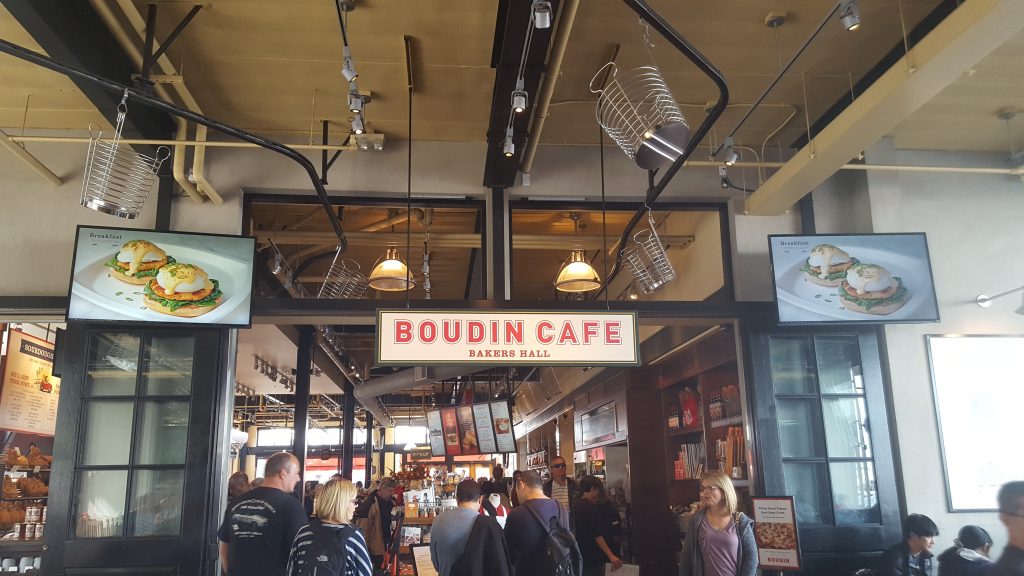 The rest of our trip will be coming up in Part 2!!