The progress continues! Only 7 baked goods left on my Baking Bucket List. A year has passed since I initially wrote down the 25 baked goods I wanted to attempt. I was hoping to be a bit further along, but the goal is still simply to finish rather than do it in a certain amount of time 🙂

#2 Pizza Dough – One desperate night we were scrambling for dinner ideas and I stumbled on a packet of yeast in our pantry. Pizza is a staple in our house, so I decided to give homemade dough a whirl! Unfortunately, we were so wrapped up in the process that I completely forgot to take pictures.

The recipe mentioned prebaking the crust before adding toppings, so we tried that with the first pizza and it made the crust super crispy by the time everything was done. I’m not a fan, so the next go round we added all the toppings to the raw dough and then baked. Much better! If we attempt this again, I’ll find a different recipe with hopefully a bit more flavor or try adding some spices myself.

#15 Mary Berry’s Walnut Layer Cake – When walnuts went on sale at the grocery store, it seemed like the perfect time to give Mary’s cake a try! This dessert was featured as one of the technical challenges on The Great British Bake Off and I can see why. It took a good two hours from start to finish and there are multiple components, including two types of icing. 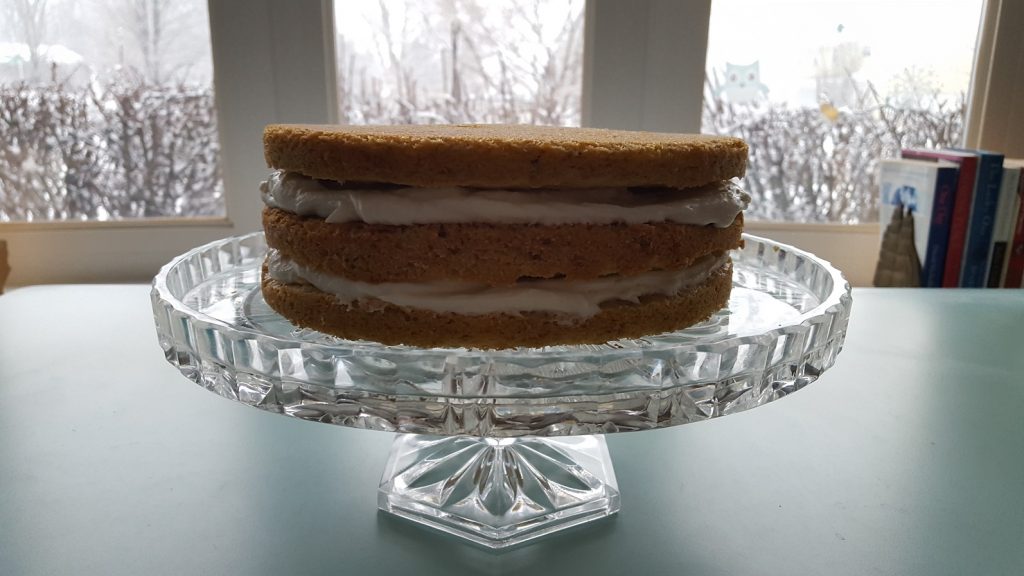 I didn’t help myself at all by misreading the recipe a couple of times : / First, the recipe calls for self rising flour. Fun fact – that’s not the same as all purpose flour! You can add baking powder and salt to all purpose flour to mimic self-rising, but I didn’t realize that until too late. Although my cakes weren’t exactly high, they still taste pretty decent.

My second mistake was with the boiled icing. Instead of using regular sugar, I used powdered sugar. Reminder – the British use “caster sugar” for regular sugar and “icing sugar” for powdered sugar. Sigh. It took ages for my icing to thicken and it was ridiculously sweet. Oh well – I’m glad it at least was able to frost the cake.

The final version looked amazing and tasted pretty good. The walnut cake is a little dry and crumbly, but the icing helps make up for it! 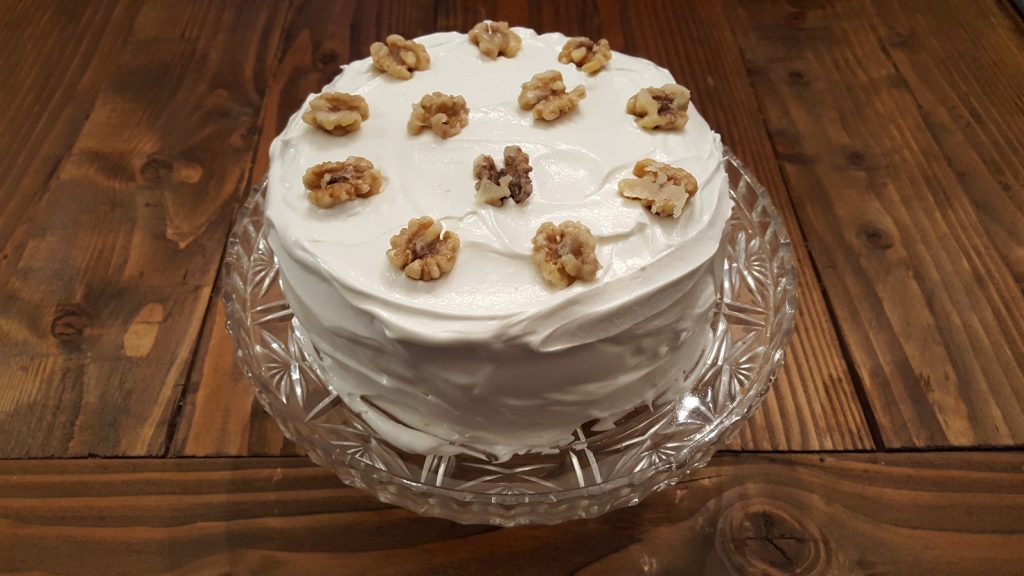 #17 Iced Sugar Cookies – For Christmas this year I finally made sugar cookies! Even though this was my first time, I went a little crazy with the decorating. I made snowflakes and Christmas trees so I could practice a variety of icing techniques.

Royal icing gives you loads of options for decorating. You can leave it white or color it using food coloring. You can also easily adjust the thickness by adjusting the amount of water. I separated the icing into one bowl that I kept thick enough to pipe and one bowl thin enough to flood larger sections.

The multi step process involved piping an outline, letting it dry, then flooding the area with the thin icing. Once that dried, I could once again use the thicker icing to pipe the details. Clearly, this was an all day process haha. The results were stunning, though. I also froze a bunch of the cookies and they still taste great even three months later! 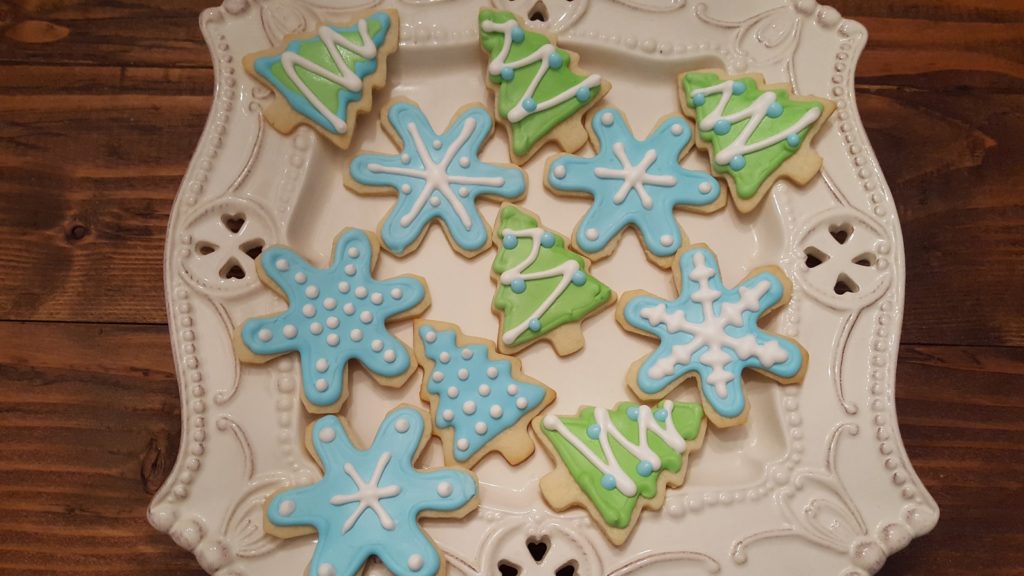 What’s the maximum amount of time you’ll spend on a dessert? 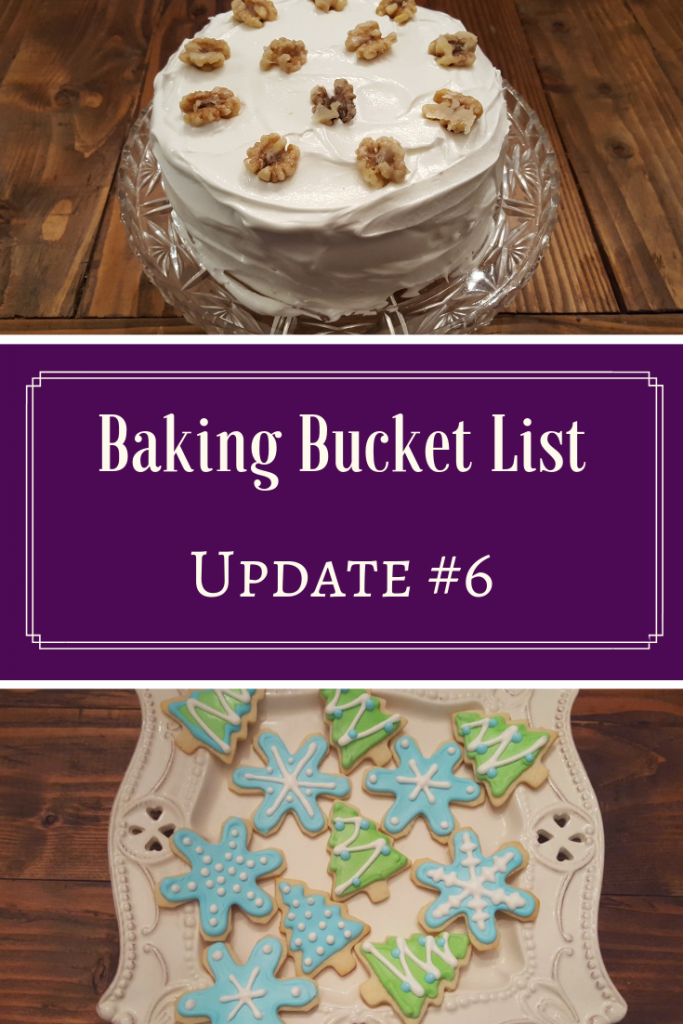