‘Tis the season for lots of year end wrap ups! Since I write up a regular monthly recap, Jay suggested just picking a few good and a few bad/ridiculous/crazy memories from the year to share. We enjoyed spending a few minutes thinking back over the year and coming up with this list!

The Good – Finding out we’re having a baby!

Easily our biggest news of the year is the new addition coming to our family in March 2019! It’s hard to believe we now only have 3 months left until our little boy arrives. Although I certainly didn’t love the first trimester, I’ve felt great ever since and I’m thankful that both him and I are healthy so far. 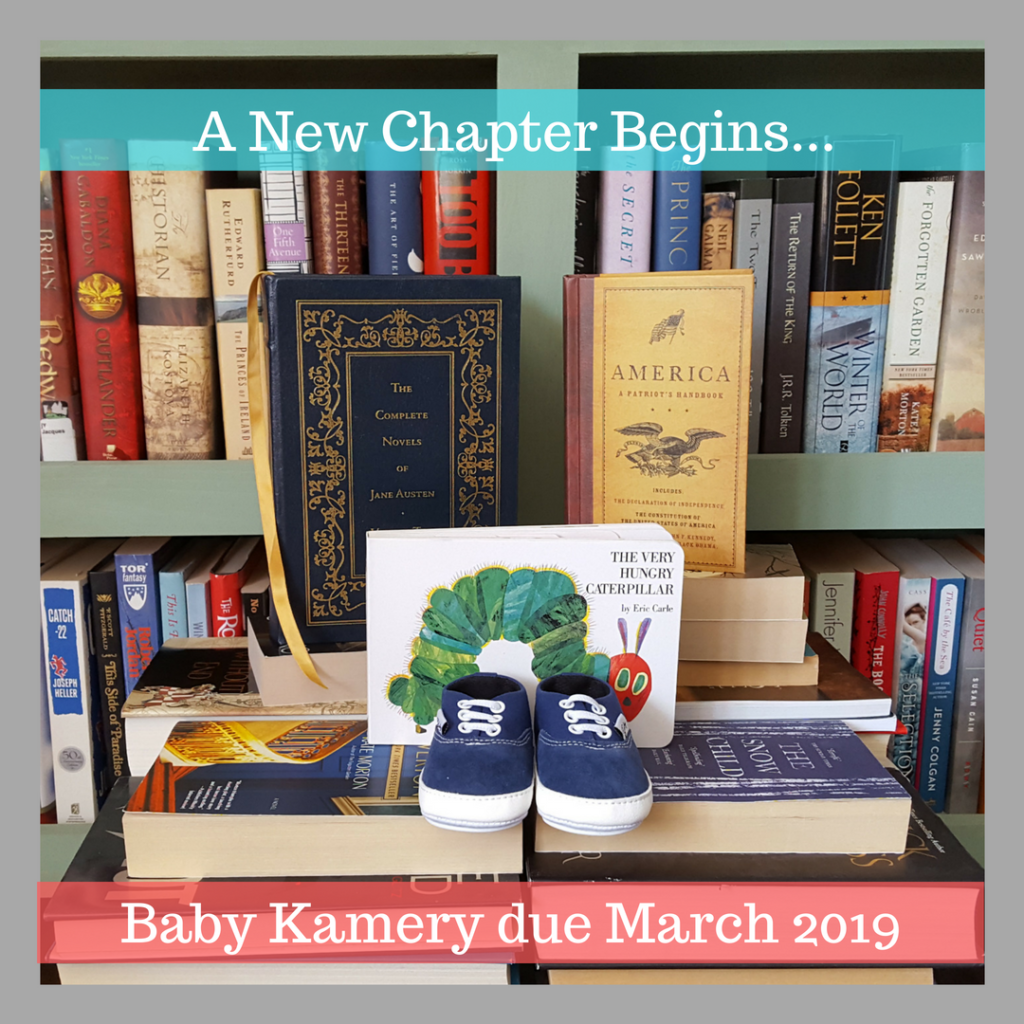 This is the first grandchild for both sides of the family, so the little guy is getting lots of love! We’re already hanging up adorable baby clothes we’ve received as gifts in his new nursery. We decided to repaint our guest bedroom and are planning to add lots of travel themed touches over the next few months.

Back in March, when we thought we were all finished with winter weather, the sky dropped over a foot of snow on the area while Jay was in Italy. This doesn’t sound like a huge problem, especially since we have a snowblower! The bad part is I have literally NO idea how to use it. Since I had to go to the work the following day, I shoveled alllll that snow from our sizable driveway myself. Ok, not the worst thing ever, but it took forever! Plus, the snowblower was sitting in the garage just taunting me haha. I probably should learn to use it, but it makes me nervous… So for now I’m still hoping Jay will be home every time we get more than 2 inches 🙂 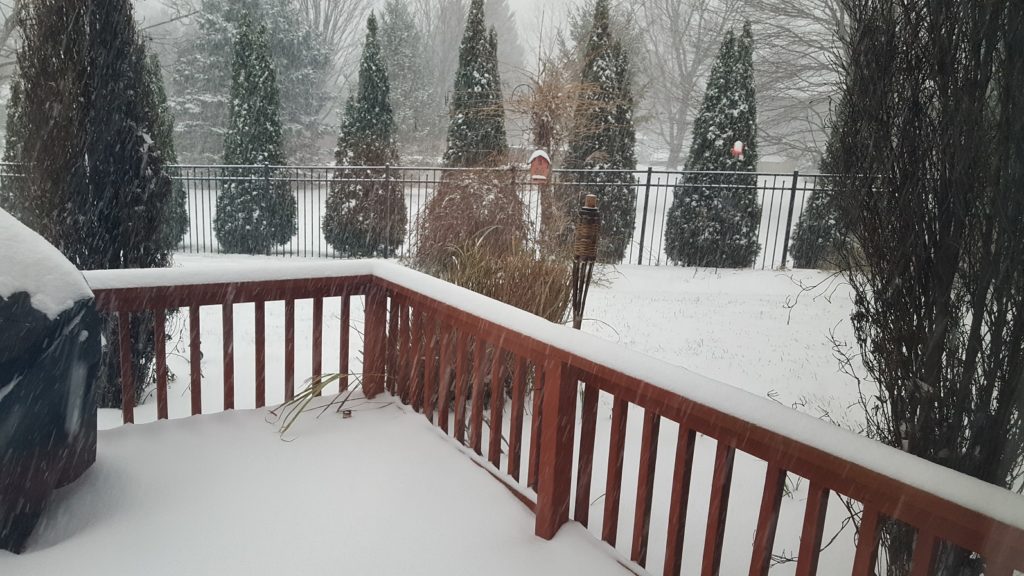 The Good – Our trip to Ireland

Ireland was the #1 destination on my travel bucket list, so we decided to make it our last international trip before starting to try for kids. Way back in the Fall of 2017 I began planning! We ultimately decided on an 11 day trip in June 2018 and invited another couple from Jay’s Purdue days along for the trip. I had a blast spending the winter narrowing down our itinerary, picking our AirBnBs, and deciding on the best route around the country.

It’s always a bit dangerous to go into a trip with massively high expectations, but there was no need to fear. It was everything I dreamed of and more. We were all completely enchanted by our days spent driving around the countryside, wandering through picturesque tiny towns, and sampling the local food. 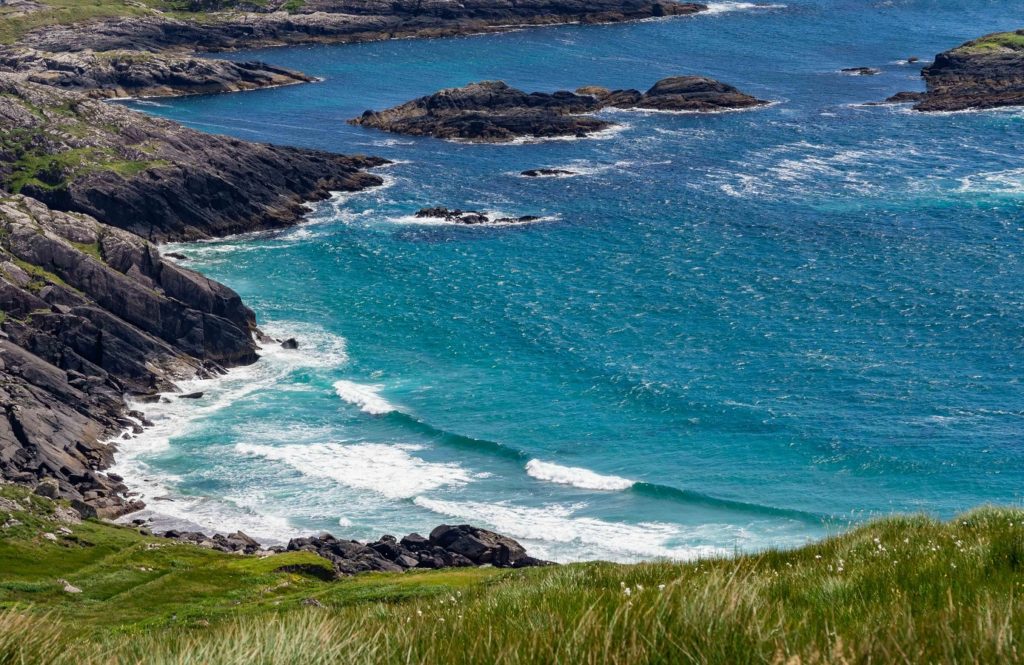 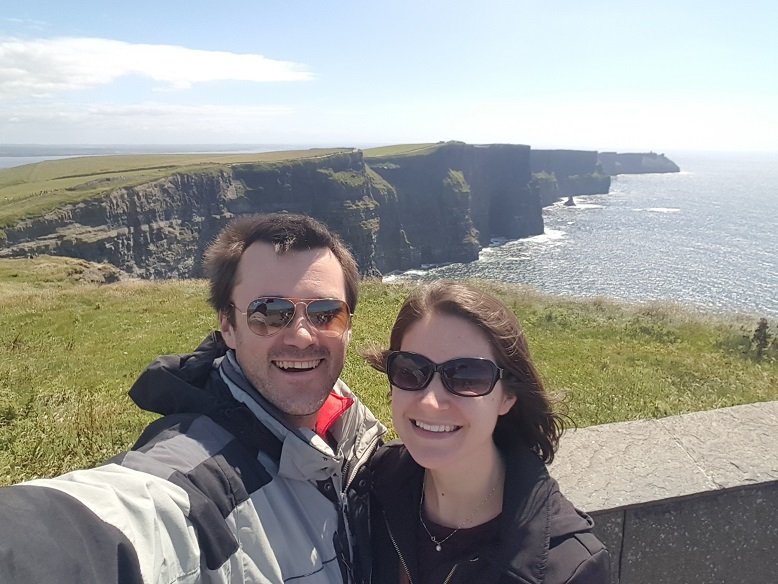 The Bad – Our bedroom ceiling collapse

Mere days after we returned from our Ireland vacation, we noticed small droplets of water falling from our bedroom ceiling. An A/C repairman arrived within an hour and informed us that a pipe leading from our unit had cracked, resulting in a water leak. Unfortunately, it was bigger than all of us imagined. Just as he was about to leave, the drywall started to bow and crack. Jay and the A/C guy had to literally hold up the ceiling as I ran for buckets and a sheet of plastic to protect the floor.

Minutes later, a quarter of our ceiling came crashing down, soaking both of them in wet drywall and blown in insulation. We were also just delighted to discover loads of mold had grown up there. What a welcome home present! Over the next month, we lived in our guest bedroom while our insurance took care of the mold clean up and ceiling restoration. Oh the joys of homeownership! 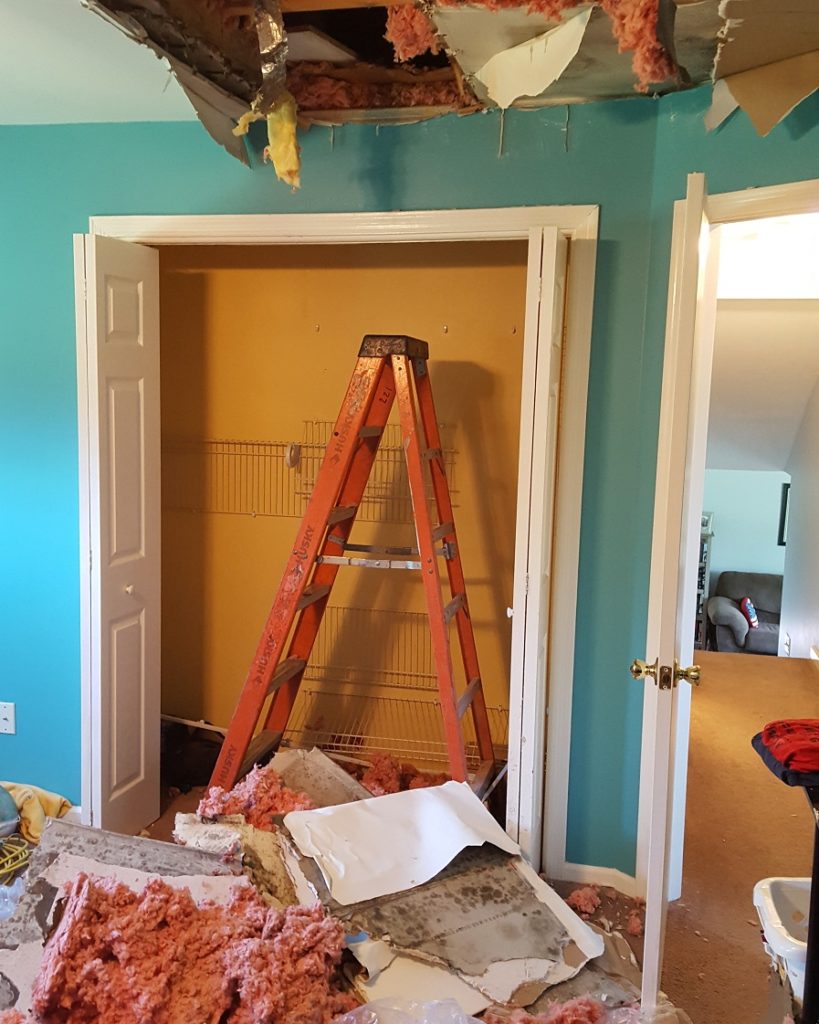 The Good – Starting a board game tradition

This past year we’ve dedicated one weekend a month to playing board games with another couple that Jay knew from high school. We take turns spending the night at each other’s place, order pizza, and dive into some of the most complicated games you can imagine.

I’ve absolutely enjoyed getting to know them more and spending all those weekends stoking our competitive natures and honing our strategic thinking. Some of my favorite games that we’ve played are Lords of Waterdeep, Charterstone, Hero Realms, and Azul. 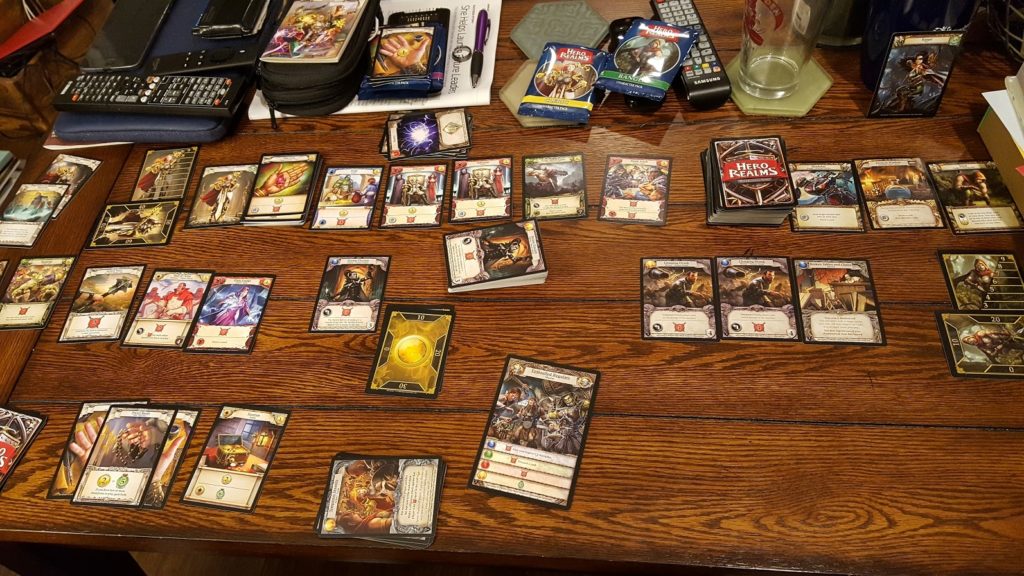 The Bad – A Christmas comedy of errors

I adore the Christmas season and this year was no exception. We had a wonderful week spent visiting family and enjoying our time together. The gift-giving portion of the holiday came with a few mishaps, though. About halfway through December I got a frantic text from Jay telling me to ignore any “strange” emails I received. He purchased a book-ish subscription box and it shipped early! So, I started getting all these marketing emails about my box as soon as it shipped. Thankfully, the titles didn’t give too much away so my gift was still somewhat of a surprise on Christmas : ) 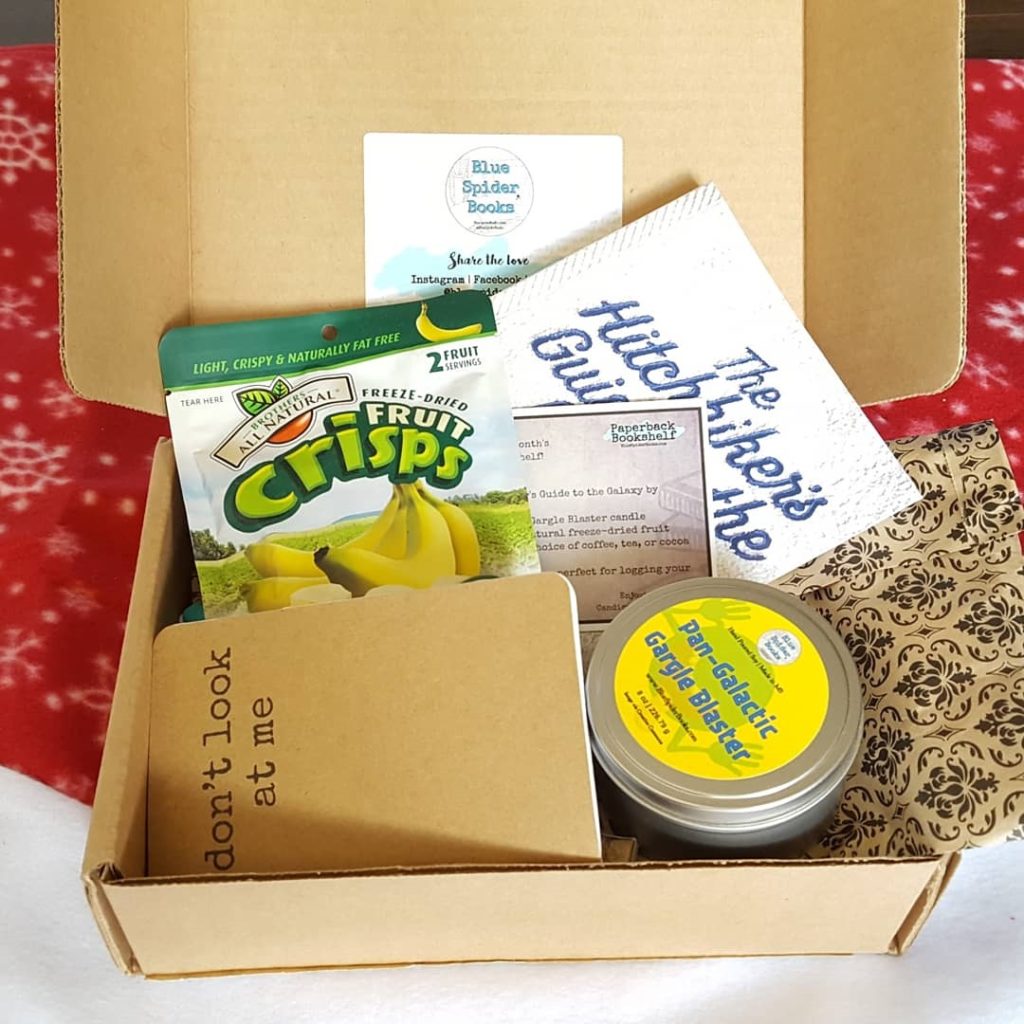 On my side, I had planned a surprise trip to the spa for my Mom. Jay and I were planning to meet them in Hershey, PA a day earlier than expected. Butttt, I didn’t think to schedule a fake event that day to keep her calendar booked! So, she ended up planning to attend a family lunch in her hometown that day. Oops. My dad and I aren’t the best schemers haha! We’ll be rescheduling our pedicures in January 🙂

The last hiccup was the Disney magazine subscription I got my dad. I was fully expecting the first issue to arrive in January since I only bought it in mid December. The company was on the ball though because he found the magazine in their mailbox a few days before Christmas. He thought it was a free perk because they had ordered a few gifts from Disney.com. Nope! Luckily all of these mishaps were fairly minor and provided a few laughs throughout the season.

The Good – The Broke and The Bookish Secret Santa

My bonus addition (to end on a positive note) is the massive amount of fun I had participating in the bookish secret santa gift exchange this year. The Broke and The Bookish blog hosts an annual gift exchange and matches up participants based on your location, preferences, and the size of the gift you’d like to give/get. It was a blast getting to know my secret santa through social media and buying gifts for her. Plus, I got an amazing box of books and goodies in return! I can’t wait for next year. 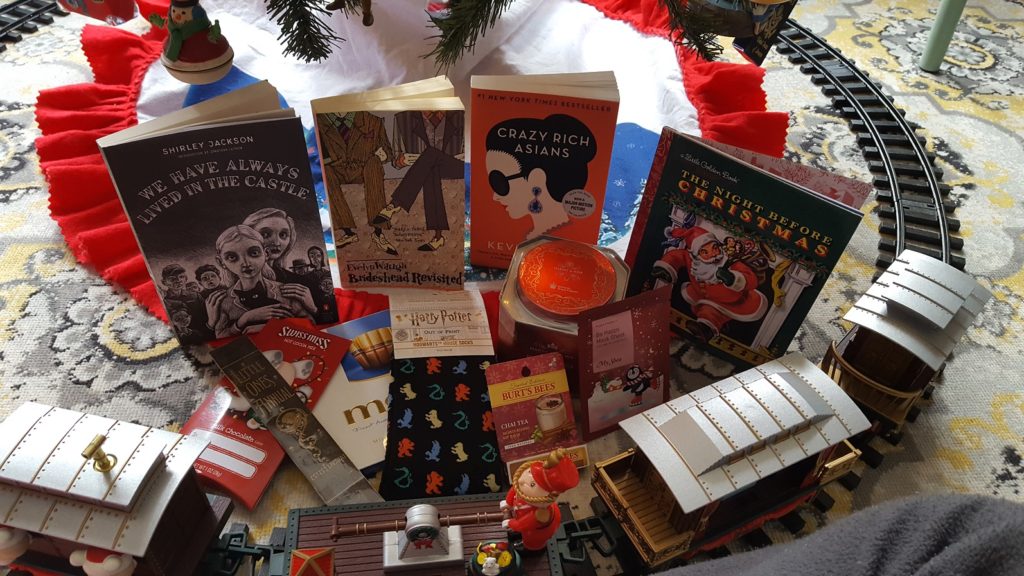 Also, in blog related updates – here are my Top 5 Most Viewed Blog Posts!

Share some of your ups and downs in 2018 (or most visited blog posts) in the comments!